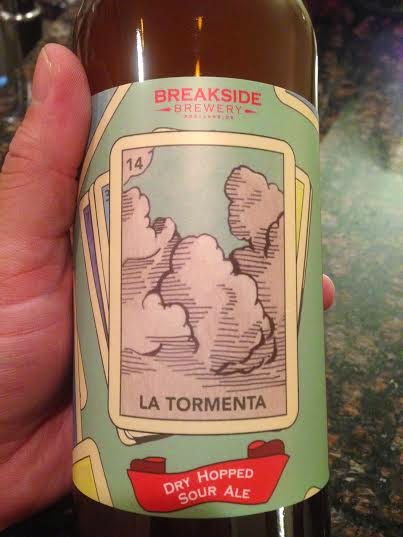 Tonight at the Beermongers in Portland is the release party for La Tormenta. Breakside is also bringing the new winter draft only Imperial Red. Along with La Tormenta and Imperial Red, Breakside Brewing will also have Wanderlust IPA, Woodlawn IPA, Imperial Red, Irish Stout, Hoppy Saison and New World Bruin on draft. Note that Bottles of La Tormenta should be arriving in stores late this week or early next week.

Rare & Vintage Beer Library Flights at Breakside Milwaukie
Also beginning December 5th we will start doing rare and vintage beer flights from the bottle at Breakside Milwaukie Brewery & Taproom only. These flights will be of three 5oz pours for $9 or individually for $3 each. Flights will vary depending on what we have available and will only be beers not available on draft. Library Flights will be available just Friday through Sundays. Breakside will update via social media what the current beers on each flight will be.