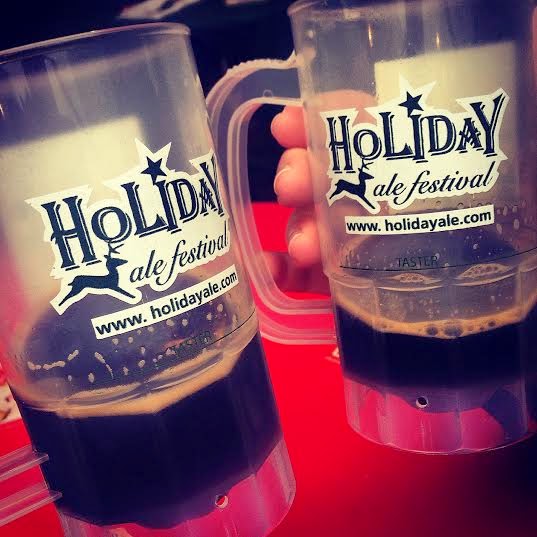 Emily and I ventured out to the 2014 Holiday Ale Festival in Portland at Pioneer Courthouse Square on Thursday. We lucked out and made it into the festival and under the tents before the hours of torrential rain started. Once inside we enjoyed the day, making our way through a lot of great winter beers and some not so good winter beers, but as in previous years, we had fun.

Top 5 Beers we sampled from the standard release beers :


That is just the top five beers we felt really stood out for us at the 2014 Holiday Ale Fest. We tasted over 30 beers from the standard beer lineup and then a bunch of  special beers (which cost two or three tickets instead of one like the standard beers.) The special beers were tapped just for the day, and included beers such as the 2011 Cascade Sang Noir and 2007 J.W. Lees Harvest Ale. Each day there will be some limited release surprises.

Posted by Adam Duerfeldt at 1:33 PM No comments: