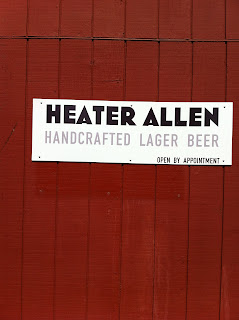 A couple of weeks ago I went down to visit my parents in McMinnville for a wine tasting and finally hit Heater Allen Brewing after a five year wait.... I'm from McMinnville and even lived in McMinnville in the last five years but I never made it down to the brewery until a few weeks ago. I have, however, had the Heater Allen Coastal and Pils at various establishments....anyway I lucked out that it was in the same warehouse complex as the winery we visited with my parents. Heater Allen has been around since 2007 and only brews lager/unfiltered beers. So, like I said, I lucked out they were open as they really don't have a tap room or anything - just an open garage door that puts you right into the brewery. They have a kegerator with a couple of beers on tap and then a refrigerator with all the bottles they are selling at the moment for tasting and for sale. The brewer/owner Rick Allen wasn't there but his wife was and she was really nice and let my brother and I try all the beers on tap. We had the Pils, Coastal, Schwarz, Dunkel, and IsarWeizen. All excellent beers. The IsarWeizen was a really interesting wheat beer - it had all sorts of  clove, nutmeg, banana... a very crisp and refreshing beer, especially since it was a hot day. I bought bottles of the Pils, Dunkel, Coastal, and IsarWeizan. And I strongly recommend you buy any of their beers if you see them in the stores or on tap. www.heaterallen.com 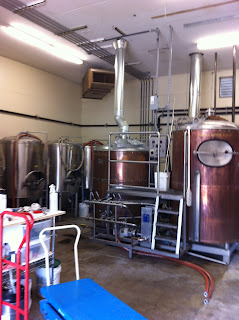 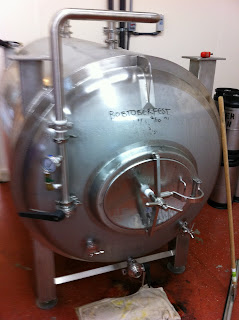 The pig lagering away with the popular Bobtoberfest (Octoberfest style beer) 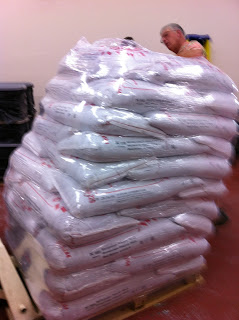 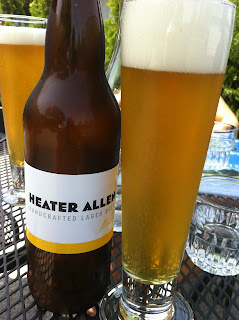 Heater Allen Pils - Had it at the Horse Radish in Carlton,OR while out wine tasting. Excellent beer, nice head with a pale straw color, very aromatic with biscuit and malt, clean and dry flavor, with a bit of hop and malt. A great beer.
Posted by Adam Duerfeldt at 8:33 PM No comments: