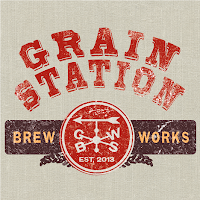 A new community supported brewery is coming to McMinnville called the Grain Station Brew Works.  Owners are former brewmaster from Golden Valley Brewing Mark Vickery and Kelly McDonald the owner of the Granary District in McMinnville.  The new brewery plans to open late summer 2013 and will be down in the Granary District and will be housed along with various other business's down in an old lumber building that has been restored into a modern looking barn.
Check out this great article from the New Schoolbeer.com about Grain Station Brew Works.


Also tonight at 5:30pm Grain Station Brew Works is holding a launch party. You will be able to see the construction, sample some food and beer, and learn about the owners community supported brewery business model. 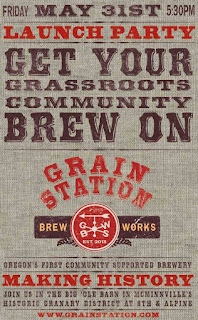 I grew up in McMinnville and my parents still live in Mcminnville, and its great to see all the exciting new business starting up.
Posted by Adam Duerfeldt at 1:35 PM No comments: 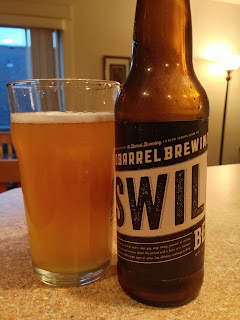 So I found this article about another new great summer beer by 10 Barrel Brewing called Swill that Tonya Cornett created for 10 Barrel Brewing on the Facebook page for The Mountain Jug. The article is called "Super Summer Swill" from the Source Weekly a Bend Newspaper. I picked up a bottle of Swill a couple of weeks ago at the new Total Wine and More in Vancouver and I was impressed. Don't be turned off by the name of the beer "Swill". This beer is really good and I'm looking forward to drinking a bunch more if and when the hot weather finally comes.
Oh and The Mountain Jug just happens to be owned by Mark and Tonya Cornett, and I assume that you will be able to get this beer on tap or in bottles at their new bottle/tap Beer shop in Sunriver. The Mountain Jug is a really cool place check it out if your in the Sunriver/Bend area.
Posted by Adam Duerfeldt at 4:10 PM No comments:

Thrillist which is a city centric daily email/website about food, shopping, and drinking posted this called, The Best Summers Beers: Five Portland Brew Experts Picks. Some good summer beers on the list.