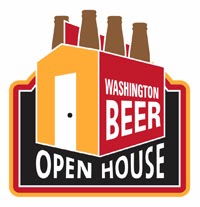 Oregon had Zwickelmania last weekend.  Now it's Washington's turn for the Washington Beer Open House. This Saturday from 12pm to 5pm, participating breweries in Washington will have their doors open for tasting's, tours, and various other activities.  Over 70 breweries and brewpubs state wide have signed up. This would be a great chance to visit Mt Tabor Brewing and Loowit Brewing who are on the list of local breweries participating.


Posted by Adam Duerfeldt at 10:10 AM No comments:

Bridgeport Brewing is celebrating 30 years of craft brewing in Oregon this year.

I have many fond memories of Bridgeport Brewing going back to the mid 1990's. More than 15 years ago Emily and I were newly married, recent college graduates in southern Oregon, with an already-serious craft beer hobby.  Whereas other students might go get crazy at Lake Shasta on Spring Break, we could be found touring Humboldt County breweries, for example. We got a lucky break to go work for a broadcasting company in Portland, so packed our meager collection of belongings and moved to the Lloyd District. Since we didn't yet have kids or much in the way of demands on our time outside of work, we were really able to get out and enjoy Portland. One primary area of enjoyment was the fledgling brewing industry.

Back then you had a smattering of breweries around Portland - not remotely like today where it seems like there's one on every corner. Bridgeport back then was on our weekly rotation of breweries where we could grab a pint and some good, cheap food - in this case amazing pizza by the slice. For years, you could find us at Bridgeport at least once a week enjoying what I believe is one of the best IPA's ever.  Times have changed; Emily and I have moved out of  Portland, had kids, and gotten away from broadcasting. Bridgeport has changed with the times and remodeled the old rope factory into a much cleaner and upscale environment, they have changed beer styles, they have re-branded. The experience today is much different, but the beer remains just as good as it ever was.

30 years in any business is an amazing achievement and 30 years in the fast-changing brewery business is a remarkable feat, to be sure. Bridgeport is an icon of the Pacific Northwest Brewing scene and an icon of my own earlier days enjoying local craft beer.  I say Happy Birthday to Bridgeport, and here's to 30 more!

To celebrate the 30-years-in-beer milestone, Bridgeport is releasing a special trilogy of beers. The first of the trilogy was released on January 23.  Called  Trilogy #1, this is a dry hopped pale ale featuring Crystal hops that clocks in at 5.2 abv and has 40 ibu's. Bridgeport was gracious enough to send me some samples of the beer.


First off, the aroma from the Crystal hops hits as soon as you open the beer -it just smells amazing. On the first sip you get the crisp crystal hop, followed by some malt/biscuit flavor. It's a very balanced and smooth-drinking pale, not too bitter or overly hopped.  This beer could be enjoyed at any time, in any season. In fact, I think it would be a great, refreshing summer beer so  I plan to pick up a sixer or two and stash them away.  Since it's a limited release I'll need to stock up pretty soon.  Bridgeport Brewing will be releasing two more Trilogy Beers, one in May and one in September. It will be interesting to see what the next two Trilogy beers will be, but I bet they'll standouts too.

Posted by Adam Duerfeldt at 7:11 AM No comments: