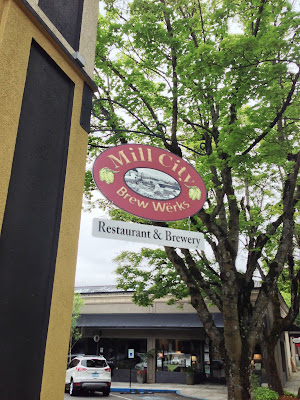 Mill City Brew Werks has been very busy since opening day. They're currently serving 9 to 10 beers, but with the current nano system (50 gal) and the onslaught of customers, expect that they might be out of a couple of beers at any time. However, they have a 10bbl brewhouse on order, and we hear it should  arrive and be installed in a few weeks (EDIT:The 10 bbl brewhouse is installed, see pics below). Most of the other main equipment is already installed, ready to go. The brewing will be done down in the basement, which is visible from the pub space - they left an opening in the pub floor along one side and installed some glass walls so customers can watch the brewing happen.  Should be pretty cool once it's up and running. 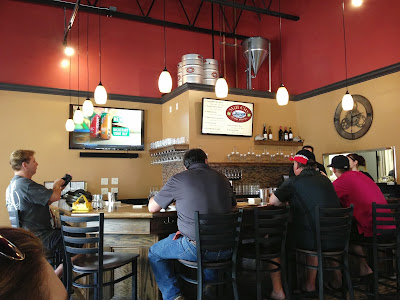 The space has been completely renovated and we think they did a very nice job.  It's open with high ceilings and tons of light.  There's a big bar up front (and usually a few friendly guys there watching a game or talking to the bartender) with various tables/chairs scattered around the rest of the dining room.  They put a fireplace in one corner and surrounded it with comfy, over-sized chairs for a cozy, den-like effect. 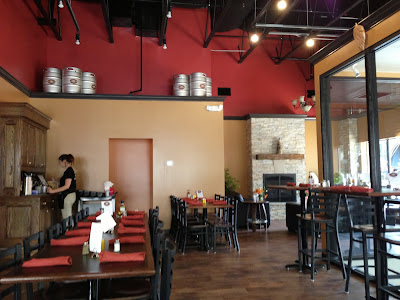 So far I've been to Mill City 5 or 6 times and the food has always been very good. It's classic pub fare - fresh and good-sized portions. So far I've tried the grilled panini sandwiches, both burgers, fish-n-chips, soft pretzel with beer cheese, and the yucca fries.  The wife had a grilled chicken salad she liked a lot.  The kids really like the chicken fingers, and the 1/3 pound "kids burger" which is big enough for most adults. This is a family friendly place until 9pm and my kids have been very happy with their food...which is a miracle as they are pretty finicky eaters. Plus, I'm in the Founder's Club so we'll continue to drop in frequently.

The service has been up and down and that's to be expected given they just opened. I assume some of the servers are a bit inexperienced, though generally friendly and attentive, so I think it will get better over time. 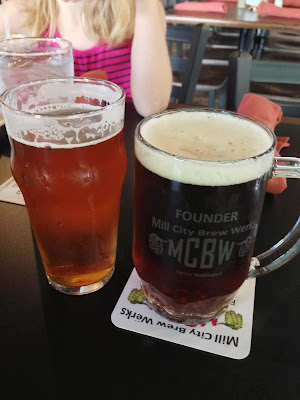 Beer styles at Mill City Brew Werks run the gamut from a traditional German style Hefe, Pale, Rauch, IPA, IRA, Blonde, Brown, Milk Stout, Cream Porter, and Scottish ale. But like I said before be prepared for a couple of the beers to be out at any time.....they are brewing as much as they can on their small system to keep the beer flowing. 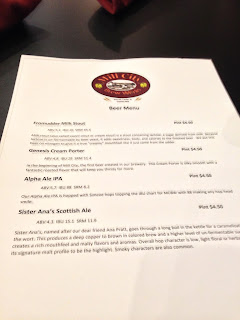 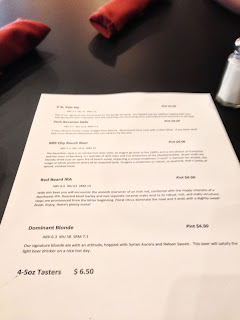 Camas has been sorely missing brewpub and Mill City is a great addition to Camas. We recommend you stop in next time you're in the area.

Note: At this time Mill City doesn't have a website, twitter, or really any social media presence. They have Facebook page but that's it at the moment. Today is the start of Oregon Craft Beer Month. 31 days of more than 500 craft beer events.
Here is the link to the calender. Enjoy!


Posted by Adam Duerfeldt at 11:39 AM No comments: