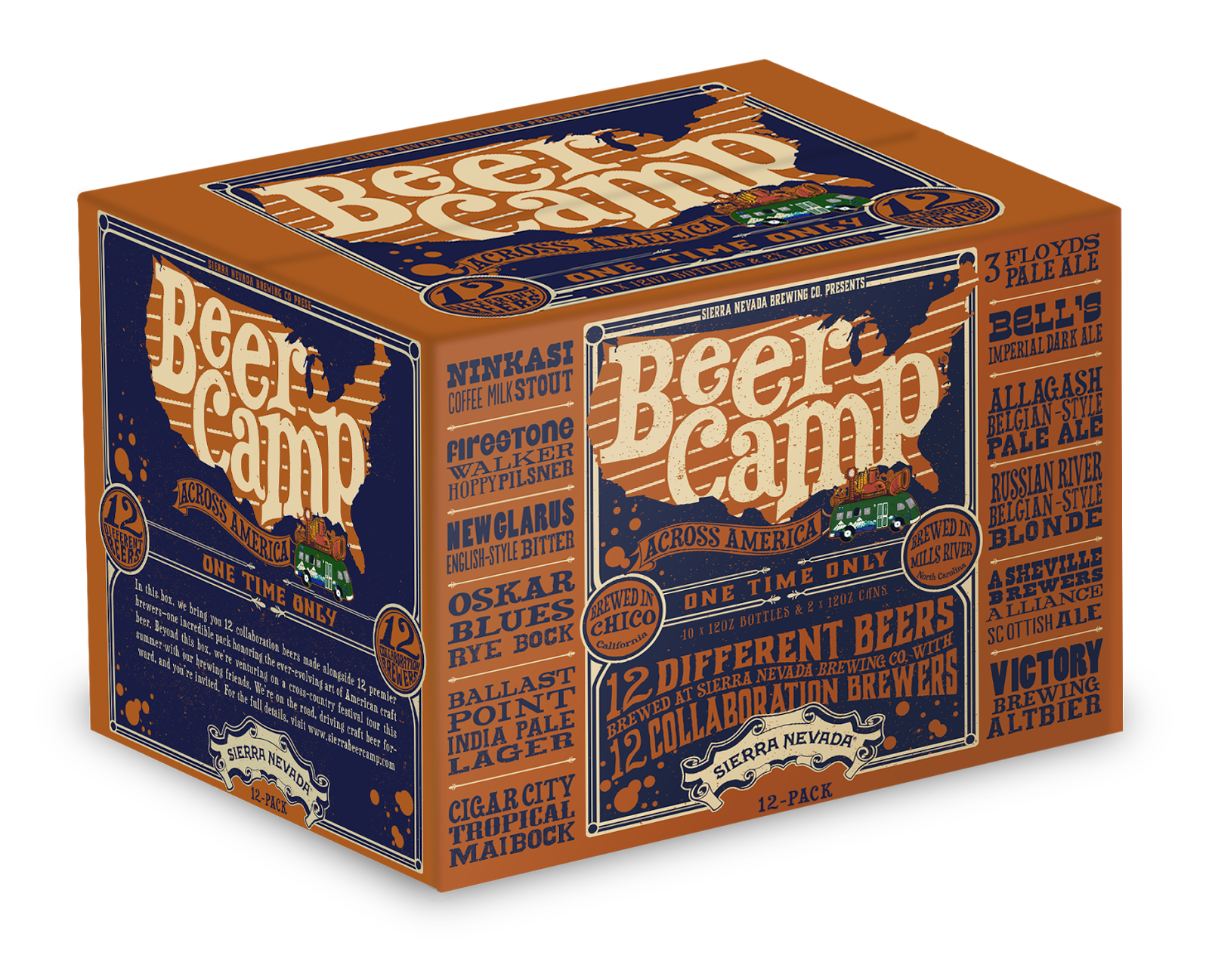 SIERRA NEVADA RELEASES BEER CAMP ACROSS AMERICA MIXED 12-PACK
The variety pack, including 10 bottles and two cans, is a first in craft beer

Sierra Nevada partnered with a dozen exceptional craft breweries to create 12 different beers for one mixed 12-pack—including 10 bottles and two cans—a first in the craft beer world. These brewers will board the Beer Camp Across America tour bus later this month and hit the open road to take part in the largest craft beer celebration in history.

“A lot of creativity and hard work went into the Beer Camp Across America 12-pack, and we’re excited to finally share it with drinkers,” said Ken Grossman, founder of Sierra Nevada. “We’ll pour these beers at every festival stop with hundreds of other craft brewers who are pushing the boundaries of our industry. It’s a traveling party, and we’re going to have a great time.”

The Beer Camp Across America 12-pack features the following coveted breweries, which were selected for their innovation and reputation for brewing world-class beers. Craft drinkers can explore all dozen beers in full detail at www.SierraNevada.com/BeerCamp.

More than 700 craft brewers from around the country have already signed on for the multi-weekend Beer Camp Across America tour, which kicks off July 19 in Chico, Calif. With around 1,400 total craft beers on tap, collectively representing almost every state in the union, the event is shaping up to be unlike any to date.

Tickets for the seven Beer Camp Across America festivals are on sale at www.SierraNevada.com/BeerCamp. General admission is $65, which includes a commemorative tasting glass and unlimited tastings where possible, as well as live music from the provocative Oregon-based MarchFourth Marching Band. Local food trucks will be on hand with tasty offerings for purchase. The tour path: