We are way behind on posting actual beer stops. We travel quite a bit with sporting events, family vacations, and just the occasional need to get out of the house so there's a ton to catch up on! We originally started Freshpints.com to give my friends some good information on breweries, festivals and taprooms. We hope to get back to more of that soon, since we have quite a backlog of recent visits.

McMinnville has changed quite a bit since I moved away. It's changed from being a farm town to being a wine town, the population has grown as people have moved away from the big cities, and its quietly becoming a beer town....which all I can say is its about time!

Any discussion of McMinnville beer should mention Golden Valley Brewing which, since 1993, was the lone brewery/beer destination in McMinnville. Emily and I have had many beers and delicious meals there over the years.  She swears the Greek Salad is the best ever.  If you haven't been to Golden Valley, please make the time to stop in and have a tray and a snack.

Another great brewery (and the second brewery that came to town in 2007) is Heater Allen Brewing.  Here is an older post when I stopped in at Heater Allen in September of 2012.

On to the newest members of the beer community in McMinnville! Grain Station Brew Werks 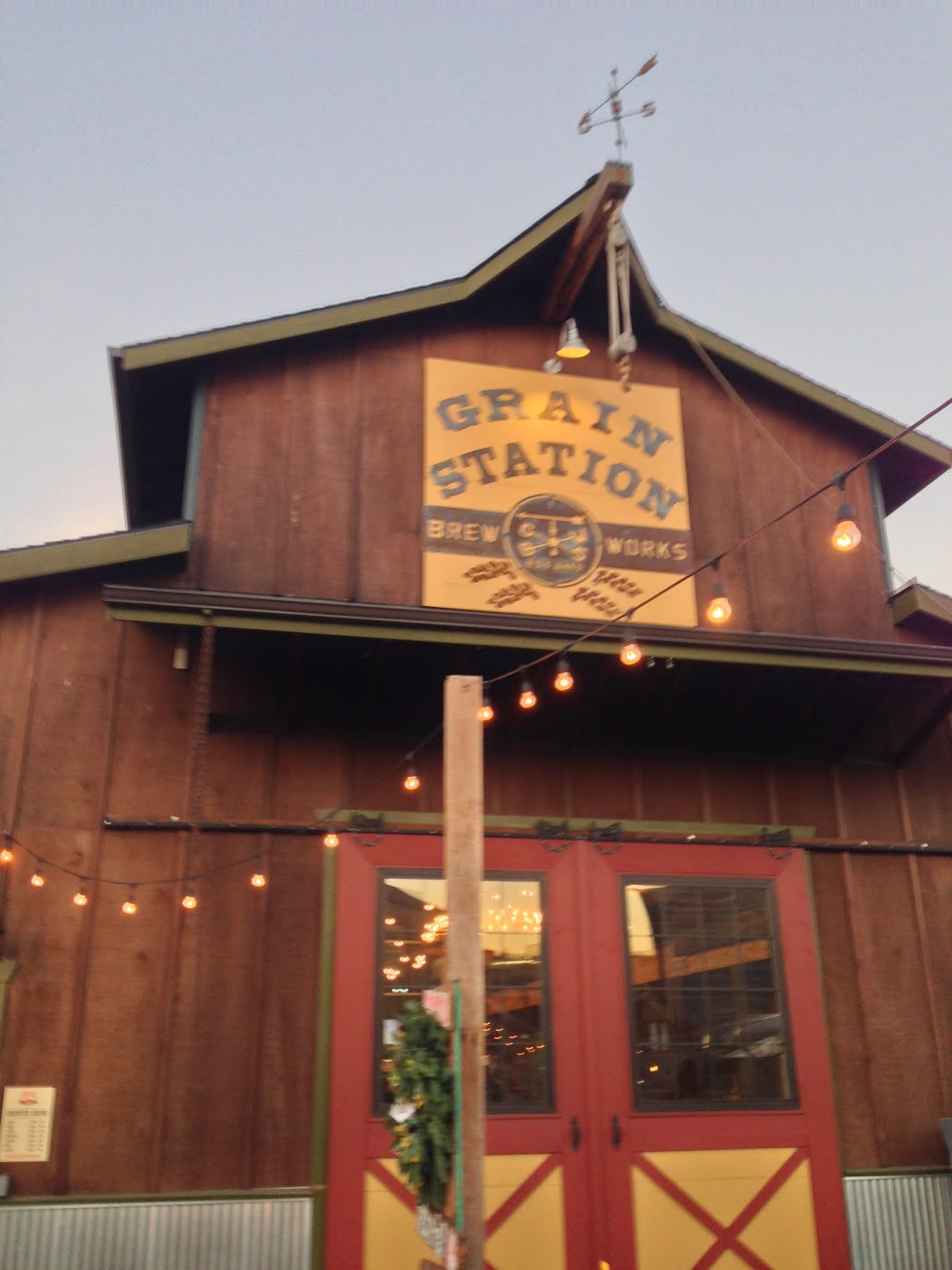 The Grain Station Brew Works is the newest brewery in town and is based in the Granary District in McMinnville; the complex where the brewery is situated is owned by Mark Vickery (former brewer for Golden Valley) and Kelly McDonald (owner of the Granary District). Grain Station is in a renovated building that looks like a barn and also houses other businesses such as fresh seafood, dog grooming, coffee,etc.


Emily and I stopped in this last fall. The barn is really cool and they did a great job renovating the building but leaving the charm intact. Walking in you are greeted with a huge space, high ceilings, and that cool rustic barn feel. 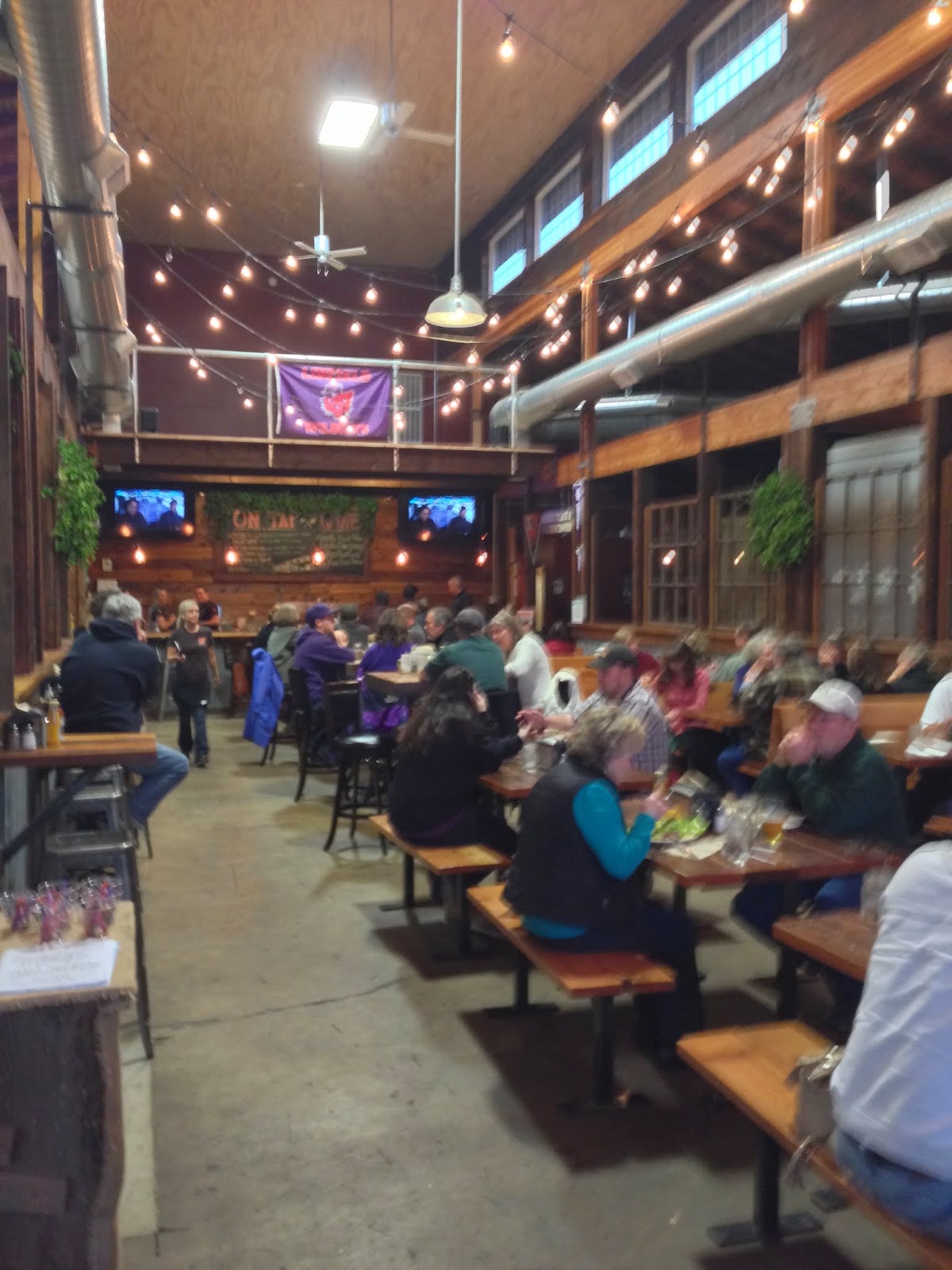 Emily and I were seated and ordered up a taster tray and a 1/2 Pepperoni 1/2 Margherita pizza. 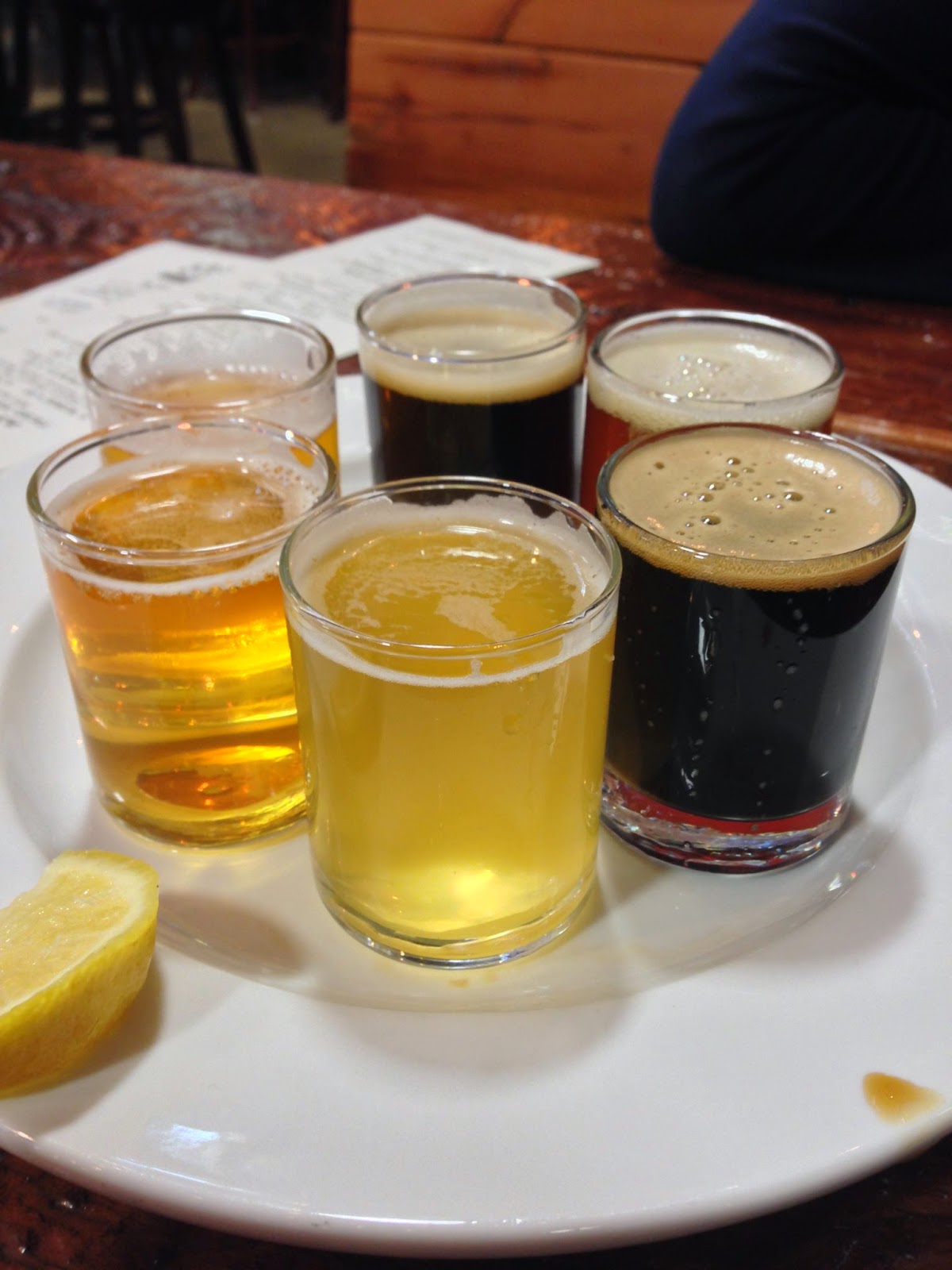 The beers we sampled were. Haystack Gold, Sprout Hefe, Nut Red, Bet The Farm IPA, Hank's Dark Ale, and Grain Station Stout.  All the beers were great and I wouldn't have expected anything less from Mark Vickery especially since I drank a lot of his beer while he was at Golden Valley and it was always very good.  The standout for me was Hank's Dark Ale, the combo of the hop and the roasted malt flavor was excellent. The pizza was good and neither Emily nor I felt like it lacked anything. We hope to go back soon and try out some other menu items. 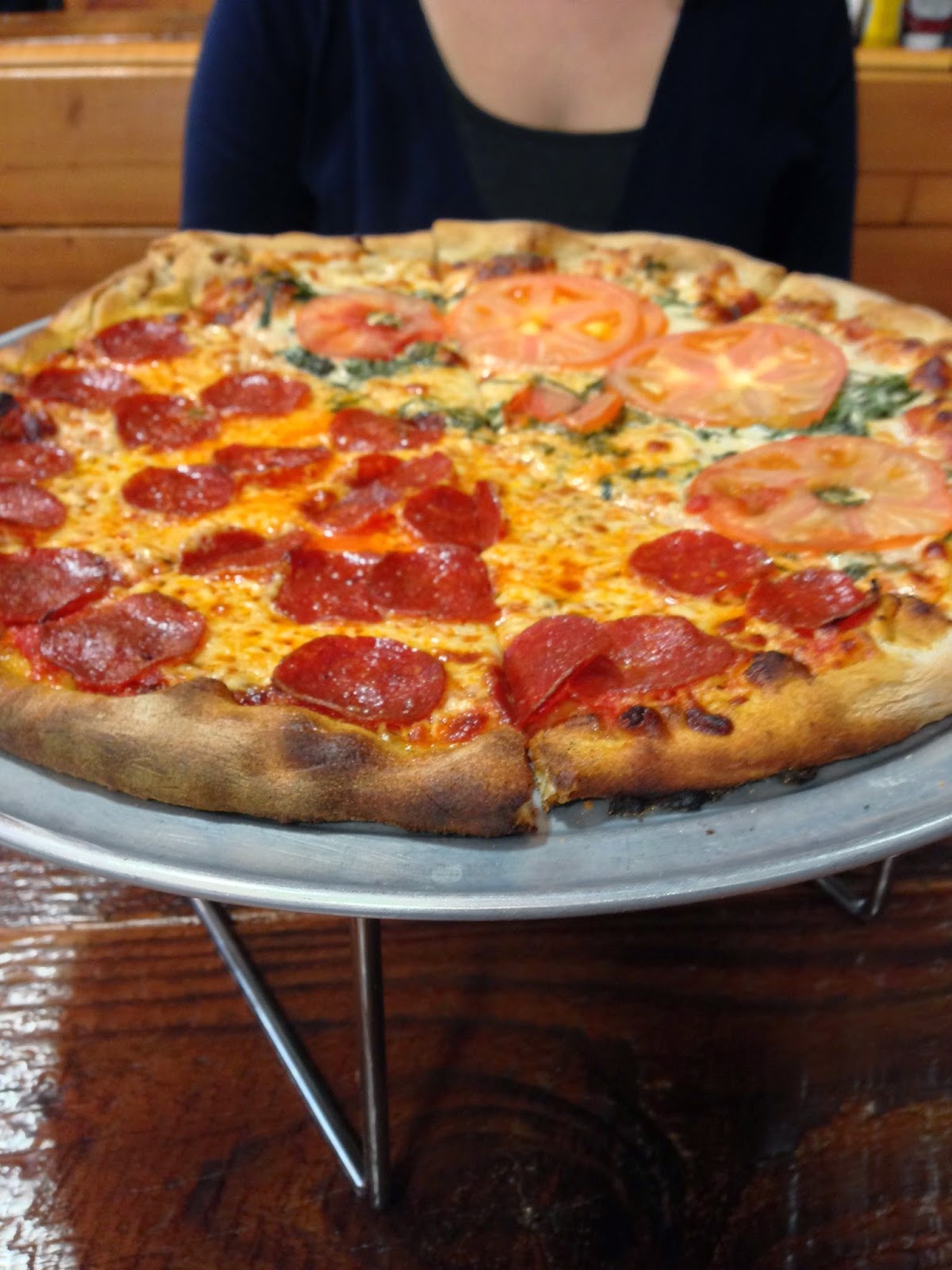 While we were eating the pizza and sampling the beers, I noticed that Mark Vickery was in and I made my way over to ask him if I could take some pictures of his 7bbl brewery. You can view the brewery from windows from the pub side, but the wall is pretty high up. For pictures you either need to be sitting right along the windows or see if you can view from inside the brewery. 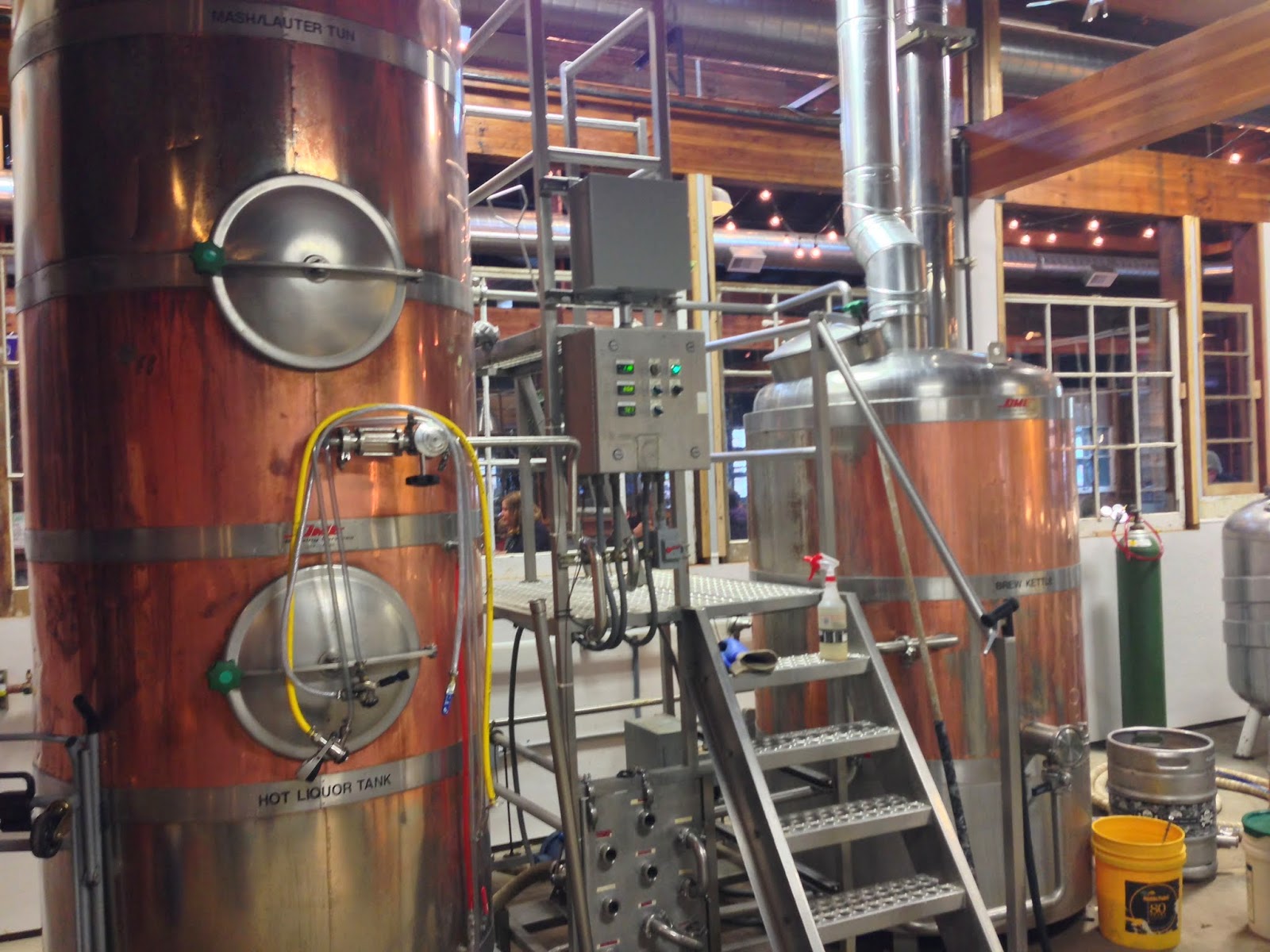 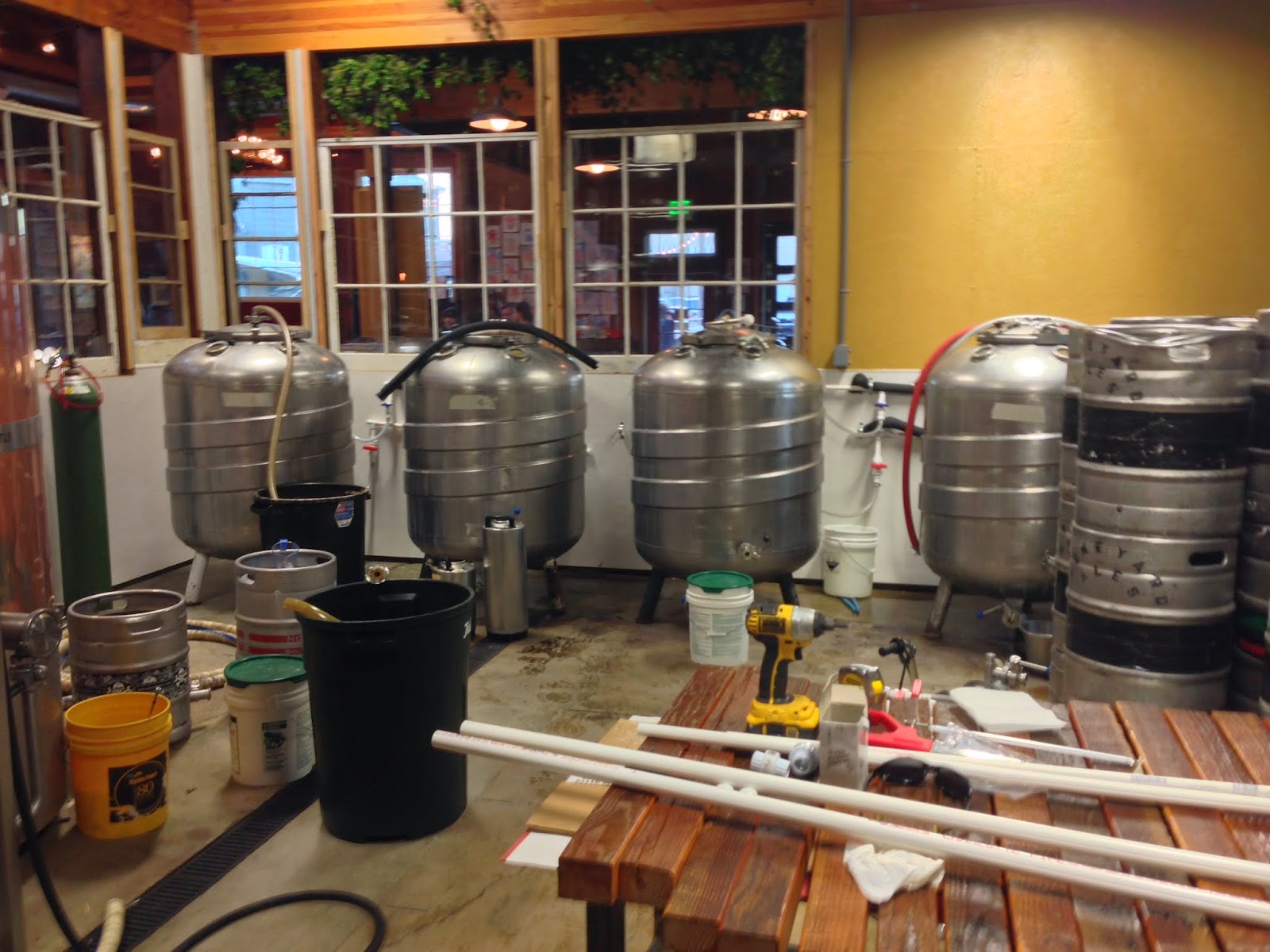 Note that all the breweries are centrally located only a few blocks from each other in this section of McMinnville so you can make a nice little brewery hop between them. However, check Heater Allen's taproom hours as they are open for limited hours on Friday and Saturday.
A side note to the McMinnville breweries: A couple of new growler fill stations have opened up in McMinnville. Growlers Tap Station and Mac Taps Growler Fill Station.  Both are situated right on Highway 99, so if you're driving through McMinnville on Highway 99 they are easily accessible.