Lompoc Pamplemousse In The House

On Tuesday freshpints.com got a nice little beer mail surprise from the fine folks at Lompoc Brewing. 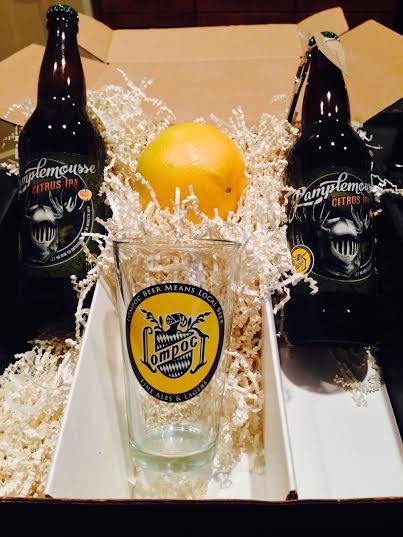 Lompoc Brewings Pamplemousse Citrus IPA was released this summer as draft only addition to Lompoc's current lineup and is now being released in 22oz bottles as well . I'm looking forward to trying Pamplemousse out. 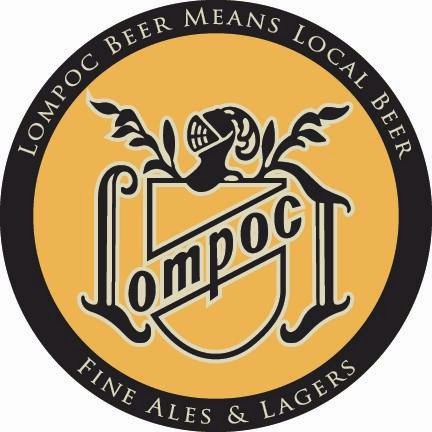 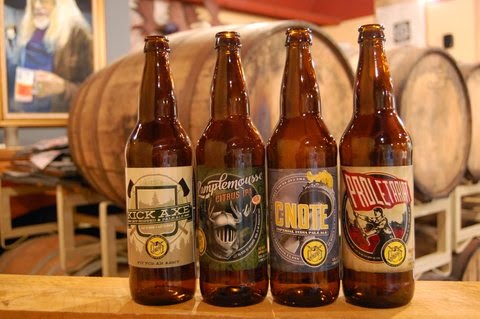 Pamplemousse, French for grapefruit, is a deep golden, medium-bodied Citrus IPA that offers up refreshment that promises to satisfy all the senses. Four hop varieties – Centennial, Chinook, Meridian and Tettnang – along with real grapefruit juice, build a solid hop bitterness highlighted by citrus notes, both on the tongue and in the nose.

Pamplemousse is available on draft and in 22 oz. bottles at all Lompoc pubs as well as in various
establishments around the Northwest. The label design, by local brand builders Woody Adams and Andrew MacKenzie of Waamco, features a backdrop of a richly textured deep green tapestry with an intricate hop design; upon that sits a wall-mounted moose trophy sporting an armored helmet, reminiscent of the helmet in Lompoc’s logo. One of the helmet horns is skewering a half grapefruit. 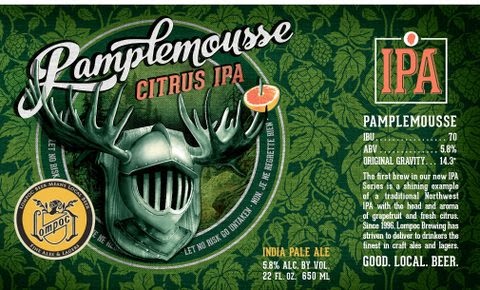 The label design quickly prompted the creation of a mascot: Sir Pamplemousse, leader of the Kingdom of Lompoc. Sir Pamplemousse makes appearances at most Lompoc events and tastings, and randomly about town, sporting a helmet with moose antlers, a sword, a tunic, and clacking plastic grapefruits.

The legend of the Pamplemousse says that a scurvy old French sea captain was the first to discover grapefruit on the island of Barbados. Lompoc celebrates these scurvy captains and their discovery every damn day.

A Portland staple since 1996, Lompoc Brewing produces seven flavorful year-round beers, plus a ridiculous number of seasonals. You can find Lompoc in 22 oz bottles and on draft at locations around town, and at its five neighborhood pubs: Lompoc Tavern in NW Portland, Fifth Quadrant and Sidebar in North Portland, and Hedge House and Oaks Bottom in Southeast.

Posted by Adam Duerfeldt at 1:51 PM