Press Release:
ESCONDIDO, CA– Feeble palates beware: The Bastards are coming. Starting today, 2014 Double Bastard Ale and Lukcy Basartd Ale will descend upon an unsuspecting nation in 22-ounce bottles and on draft at select retailers, restaurants and bars. Not to be wasted on the tentative or weak, both beers are reserved for Worthy souls with the ability to comprehend and appreciate these refined forms of “Liquid Arrogance.” They are amazing specimens to be relished, revered and respected.

Originally created to honor the one-year anniversary of Arrogant Bastard Ale—itself an over-the-top ale that led to the establishment of the now widely recognized American Strong Ale beer category - Double Bastard was first released November 1998 and has since been released on an annual basis. The beer debuted as the amped-up evil uncle of its already aggressive predecessor, with the bottle warning: “This is one lacerative muther of an ale.”

While Lukcy Basartd Ale should be consumed right away and without delay when it’s at its brash freshest, the massive Double Bastard Ale can be massively enjoyed sooner, later, or whenever you damn well please, as it may be properly cellared for months or even years. 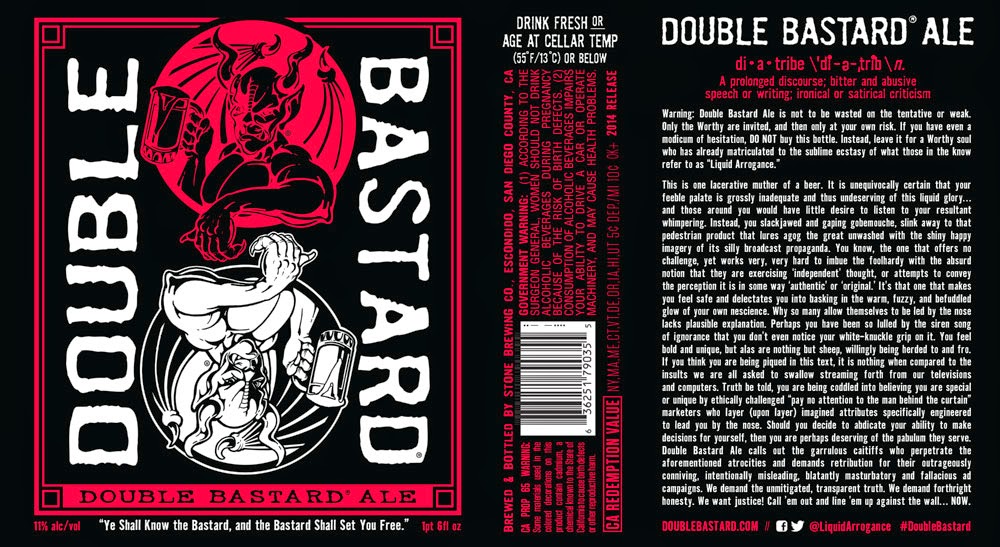 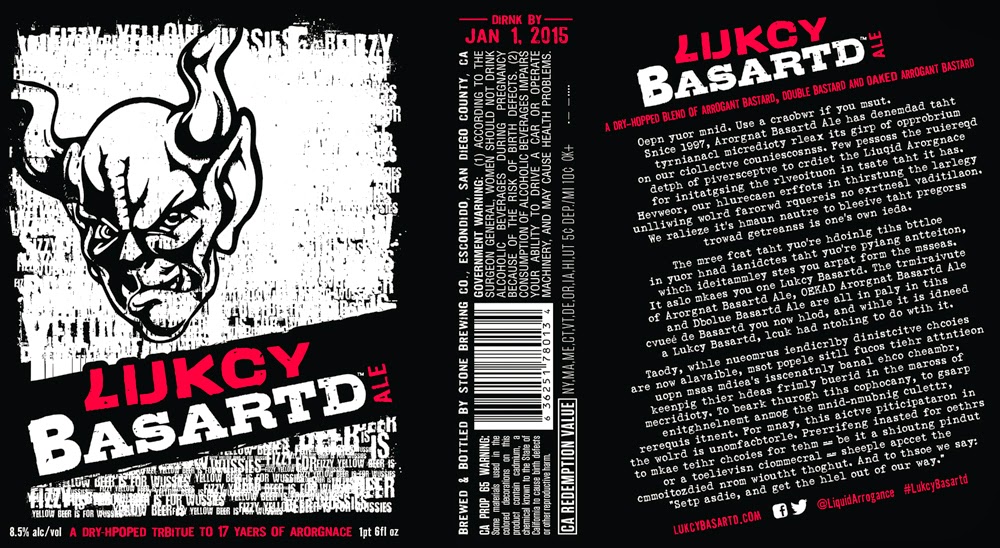 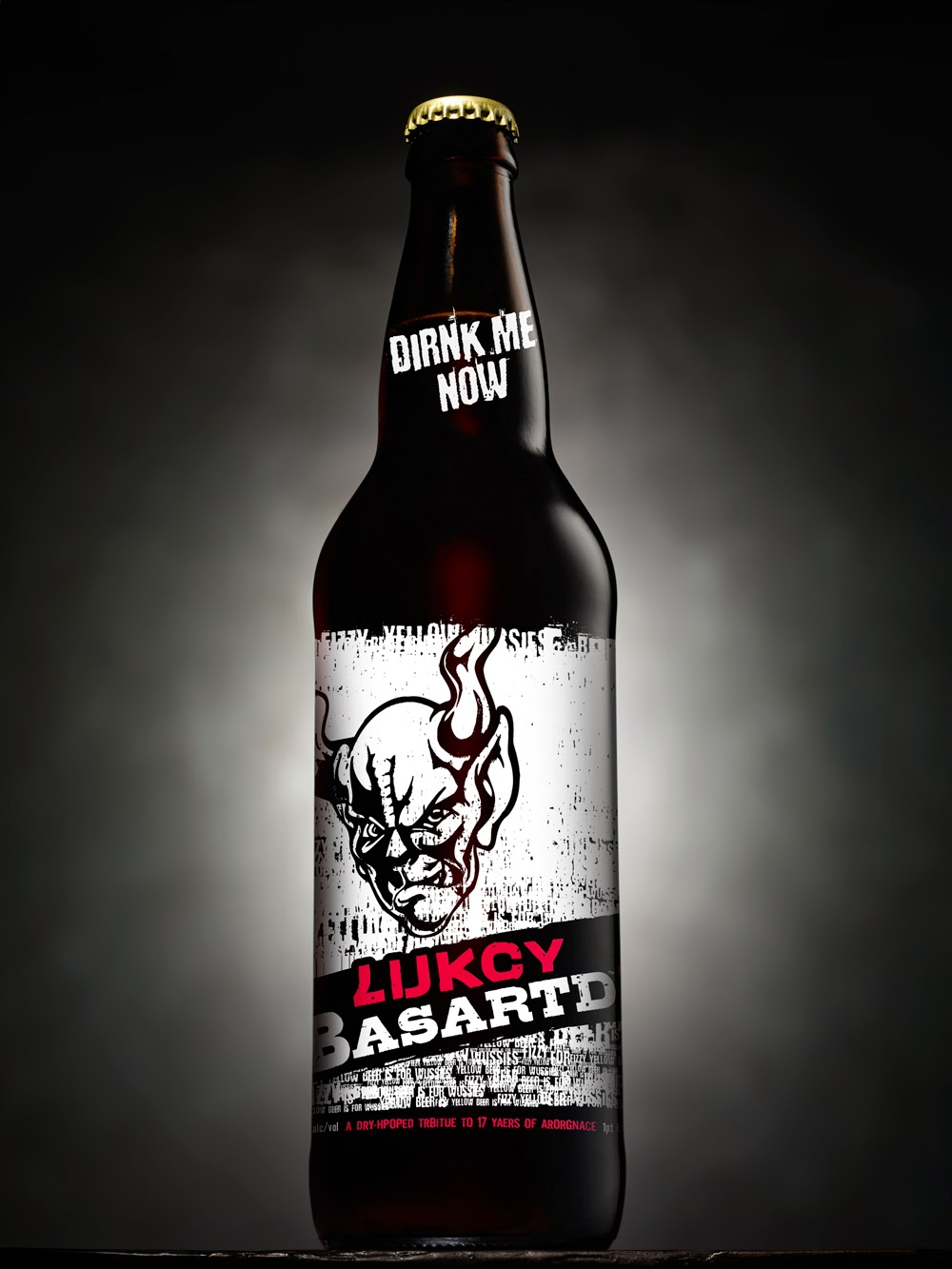 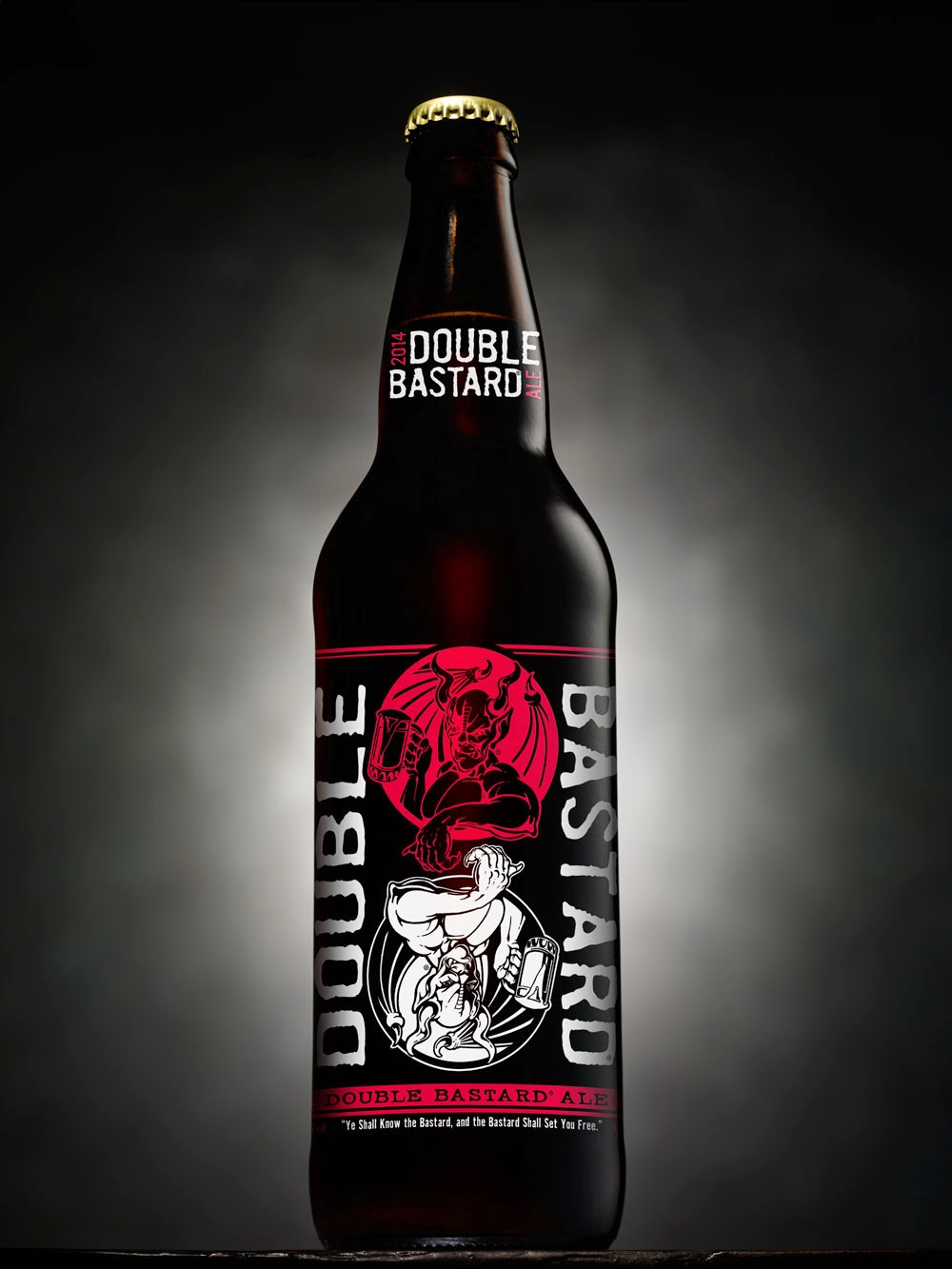 Posted by Adam Duerfeldt at 3:27 PM