The Chocolate Chili Chupacabra is a mocha colored, 6.25 percent ABV beer, aged on a blend of Ghana and Ecuador cocoa nibs, and infused with a touch of cinnamon and chipotle chili. The bittersweet chocolate perfectly rounds out the beer’s malt character, while the chipotle chili and cinnamon add a warming kick on the finish – making it the perfect beer to warm up with by the fire as temps drop.

The beer will be officially tapped on Thursday, January 7, at 6p.m. at the brewery located at 5201 NE MLK Boulevard.

“We wanted to create a beer that would reflect the show’s qualities, and also draw inspiration from some of winter’s best-loved flavors, like hot chocolate and cinnamon. We’ve had so much fun being playful and experimental with our beers in the last year, and this is another way we’ve had the chance to do that,” said Adam Milne, owner of Old Town Brewing. “What’s even more incredible is that we have the opportunity to make a positive impact on an organization Old Town is passionate about through our beer, and we couldn’t be more excited to partner with the Grimmster Endowment again. So, come down and enjoy a great pint for a great cause.”

Old Town Brewing has cemented itself as a standout craft brewery amongst Portland’s infamous brew scene, proudly representing the city’s unique culture, and the people who create it. The brewery has received attention in 2015 for its gold medal IPA, and its candy cap mushroom ale, both inspired by the flavors of the Pacific Northwest. Old Town’s love for the region spans further than its flavors, committed to building a brewery that supports organizations that make a positive difference in the community.

The beer will be served at this year’s second annual Grimm Gala on February 13, 2016, when Grimm cast members will join together with Comcast and NBC Universal in support of OHSU Doernbecher Children's Hospital. 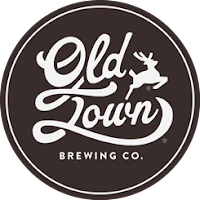 About Old Town Brewing Co.
Old Town Brewing (OTB) opened in northeast Portland, Ore., in 2011 with an emphasis on crafting its beer to reflect the spirit, values, history and personality of Portland and the Northwest. OTB is the first brewery in the country to deliver beer and pizza by bike straight to consumers, rain or shine. Reclaimed materials were extensively incorporated into the design of the LEED Gold brewery, evoking an atmosphere of Northwest authenticity and sustainability.

About the Grimmster Endowment,
After visiting with patients at OHSU Doernbecher Children’s Hospital, the cast of Grimm were inspired to establish the Grimmster Endowment to provide critical support to OHSU Doernbecher’s most vulnerable patients and families, including help with uncompensated care, travel, lodging and other services integral to their care and comfort.
Posted by Adam Duerfeldt at 9:34 PM