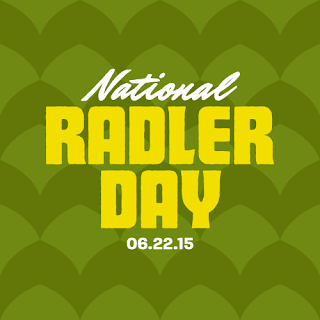 Press Release: One of the longest days of the year, June 22nd, will now be known as National Radler Day, the most refreshing day of the year. Arguably the most thirst quenching and easy drinking beer style around, Radlers are the ultimate playful and sessionable drink to kick off the summer.


We’re asking breweries around the country to participate in National Radler Day by making a big deal about the Radlers they serve. If you don’t currently have one available, a Radler is simply made with (give or take) 50% Lager and 50% lemon or grapefruit soda. Serve up Radler at your bar/brewery while the summer sun scorches your patrons, ask your fans to use your beer to create their own Radlers at home, and make Radler Day fun for all.

Why June 22? Not only is June 22 one of the first days of summer, it also commemorates the legend of Radler. Radler is German for “cyclist,” and the story goes that in June of 1922 the owner of the Kugleralm pub in Germany was visited by thousands of cyclists on a new bike trail that led directly to his venue. The publican didn’t have enough beer for all the cyclists so he mixed a 50/50 concoction of Lager and Lemon Juice, and Radler was born. The history may be a little shaky, but Radler is here nonetheless and we are all better for it!