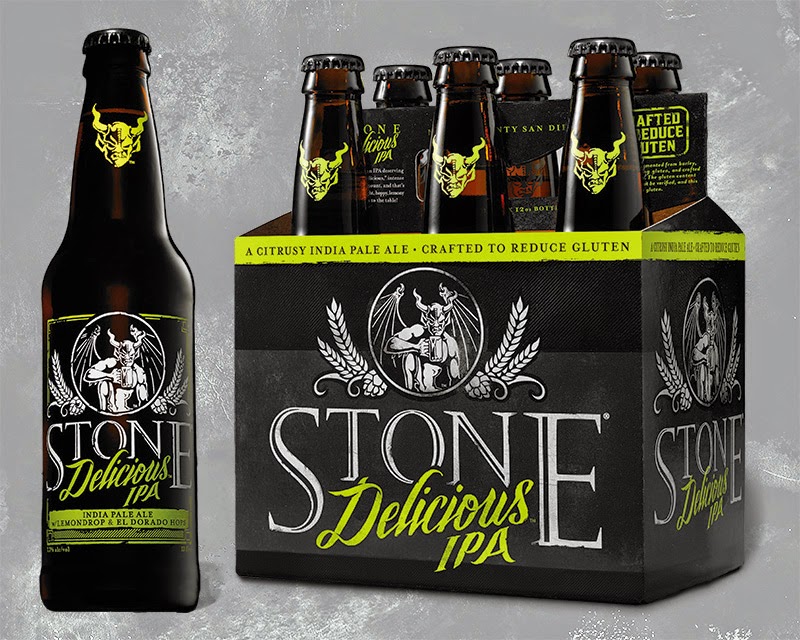 Press Release:
ESCONDIDO, CA (Jan. 5, 2015) – Since 1996, Stone Brewing Co. has been obsessed with its mission of providing people access to high-quality, big-character craft beer. After all, great beer is for everyone and anyone with the good taste to recognize it. With that goal in mind, the company is introducing Stone Delicious IPA, a citrusy ale dry-hopped exclusively with El Dorado hops. As if that wasn’t enough, the beer has also been crafted to reduce gluten. Starting today, Stone Delicious IPA will begin arriving in 12-ounce six-packs to retail accounts and on draft1 to restaurants and bars where Stone beer is sold.

A few years back, Stone CEO and Co-founder Greg Koch proposed developing a beer delicious enough to warrant making that its formal name…a lofty challenge coming from the man in charge. Koch also requested that the beer be brewed with ample amounts of new and unique hop varietals. After many trials, Brewmaster Mitch Steele finally tasted a hop flavor combination that lived up to that moniker.

El Dorado hops were added late in the boil, both abundantly and exclusively during the dry-hop stage, providing the beer with prevalent herbal, citrus and lemon-candy flavors and aromas. An earlier hop addition of a new variety called Lemondrop complemented the El Dorado hops perfectly, enhancing the beer’s bold lemon taste. Stone Delicious IPA has a mild, dry malt character and the copious hop traits of a traditional West Coast IPA.

Steele has taken Stone Delicious IPA a step further by creating a beer that may make it possible for individuals sensitive to gluten, or anyone looking to reduce their gluten intake, to experience Stone’s aggressive, no-holds-barred approach to craft brewing. With the addition of an enzyme from San Diego-based White Labs called Clarity-Ferm, gluten protein chains are broken down, separated and denatured to measure below 20 parts per million². This process, which is initiated during the beer's fermentation, does not affect its color or, more importantly, its wonderful aroma and decidedly delicious flavor.

White Labs tests the gluten levels of each batch, and Stone publishes the results on the beer’s dedicated webpage. To further ensure levels remain constant, Stone’s Quality Assurance team also monitors the beer by testing samples at different stages of the production process—from fermentation through packaging.

“My father-in-law is a big fan of craft beer and was recently diagnosed with a gluten intolerance,” explains Steele. “With Stone Delicious IPA, I’m thrilled that we’ve made it possible for more people, especially my father-in-law, to enjoy a delicious, hoppy Stone craft beer.”

When crafting an IPA deserving of the name Delicious, intense flavor was paramount, and that’s just what this bright, hoppy, lemony standout delivers. Stone Delicious IPA should be enjoyed fresh, and all bottles will feature an “enjoy by” date on the bottle neck. 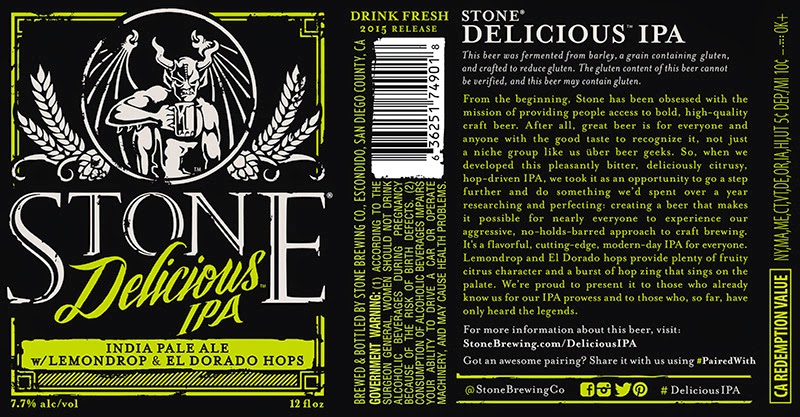 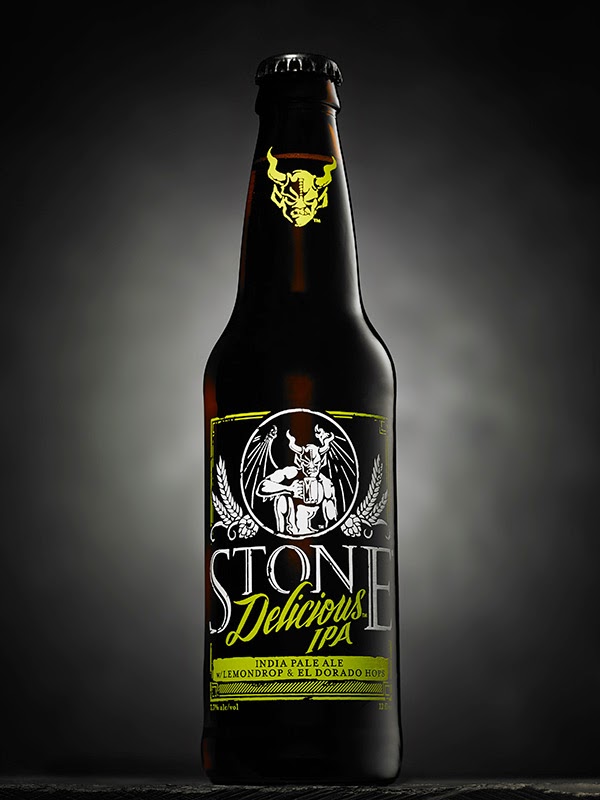 Tasting notes, provided by Stone Brewmaster Mitch Steele
Appearance: Pours deep gold with a white-colored head.
Aroma: Spicy, herbal and citrusy hop aromatics balanced with light-toasted malt. The spiciness is reminiscent of lemongrass.
Taste: The hop flavors really explode with a dominant flavor that reminds many on the brewing team of a lemon Starburst candy!
Palate: Medium body with a bitter, dry finish.
Overall: We went through many iterations of this beer at our Stone Brewing World Bistro & Gardens – Liberty Station restaurant and brewery, using several hop recipes until we had that “Aha!” moment tasting a beer that I had asked Liberty Station Brewing Manager Kris Ketcham to brew. It was a single-hop beer called the Lost City of Liquid Gold, using 100 percent El Dorado, a new hop from Yakima, Washington. This beer gave us the last piece to the puzzle on the formulation for Stone Delicious IPA. We changed the dry hop to 100 percent El Dorado, and we achieved magnificent lemon candy and spicy hop flavors that are fun and unique.
Posted by Adam Duerfeldt at 10:00 PM