The limited winter edition Stone Smoked Porter with Vanilla Beans is back again and will be hitting retail outlets in 22's and on draft for a limited time. see info below. 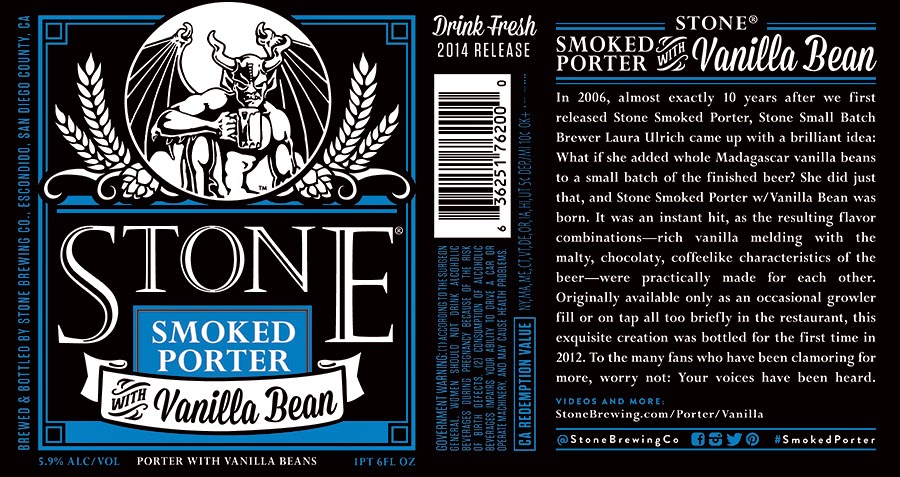 Press Release:
ESCONDIDO, CA (December 15, 2014) – Some things just go together. Kittens and yarn. Snakes and airplanes. Hipsters and misuse of the word irony. For us, it’s Stone Smoked Porter with whole Madagascar vanilla beans. Ah yes, the famously delectable combination by Stone Brewing Co. is making its yearly appearance as a limited winter edition creatively named Stone Smoked Porter w/Vanilla Bean. Available in 22-ounce bottles and on draft, the fan favorite is now making its way to bars, restaurants and retail outlets in all states and territories where Stone beer is sold.

Back in 2006, Stone Small Batch Brewer Laura Ulrich became inspired to develop a beer that tasted similar to Stone Smoked Porter poured over a scoop of high-quality vanilla bean ice cream. As an experiment, Ulrich filled a cask with the classic year-round beer and added freshly split Madagascar vanilla beans. Because Ulrich’s creation gained instant popularity among Stone fans, the beloved concoction continued to make all-too-brief appearances in casks and kegs until 2012, when it was finally packaged and released nationally for the first time.

“To this day, the Brewer’s Cask program at Stone serves as a creative outlet for trying out new, unconventional brewing ingredients and developing recipes,” explains Stone Brewmaster Mitch Steele. “With rich chocolate and coffee flavors and a subtle smokiness, Stone Smoked Porter has been a great beer for blending and enhancing with a wide range of flavors from spicy to sweet.”

Following Ulrich’s tasty innovation, the special release has (not surprisingly) become a cult favorite among fans. The natural flavor of the vanilla beans marries seamlessly with the malt-driven chocolate- and coffee-like nuances of the beer. The result is something that, even with its hints of savory peatiness and smoke, comes across as a semisweet liquid dessert.

To maximize enjoyment of Stone Smoked Porter w/Vanilla Bean, fans should enjoy the beer within 120 days of the “bottled on” date stamped on the bottle neck. And it might not be a bad idea to pour it over a scoop of organic vanilla bean ice cream. Just sayin’. 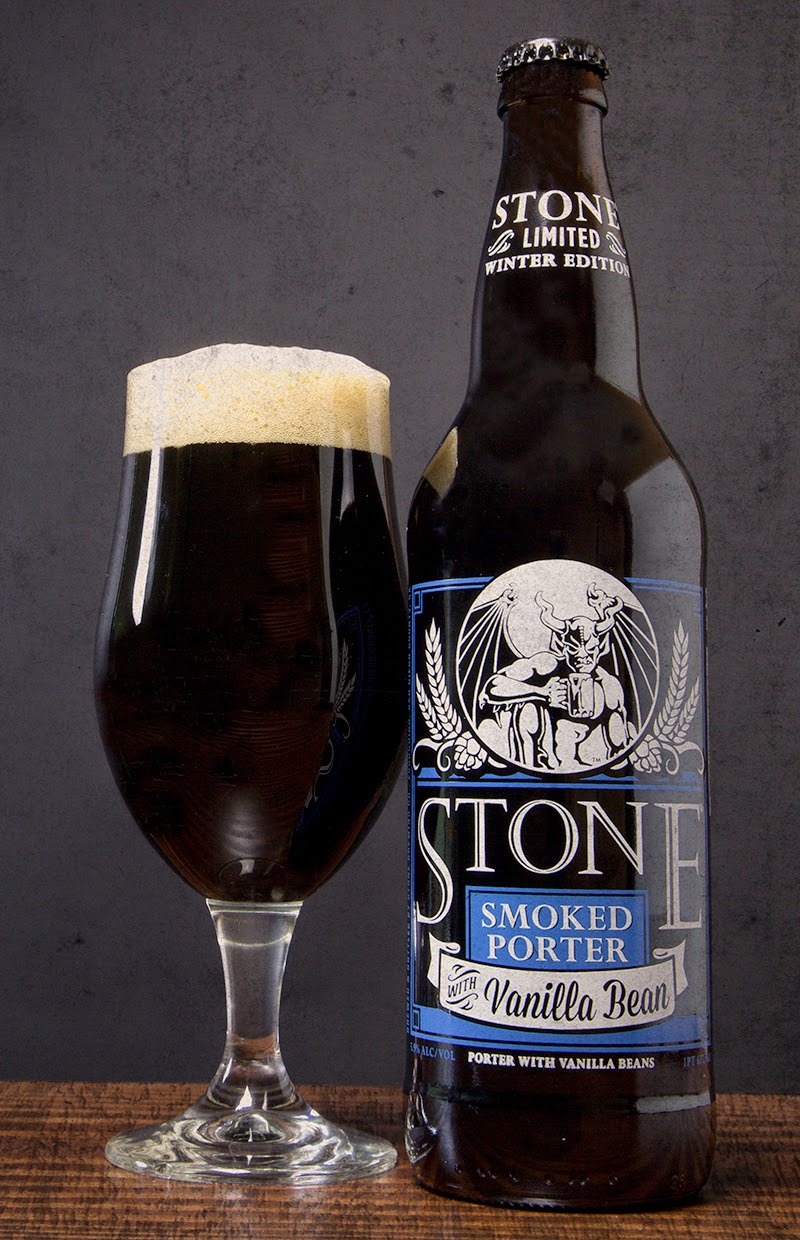