Lompoc Brewing will be holding a vertical tasting of the ever popular Old Tavern Rat Barley Wine on December 23rd. If your like me and have a few bottles of Old tavern Rat in storage this is a great way to go and find out how the different years of barley wine have been aging. 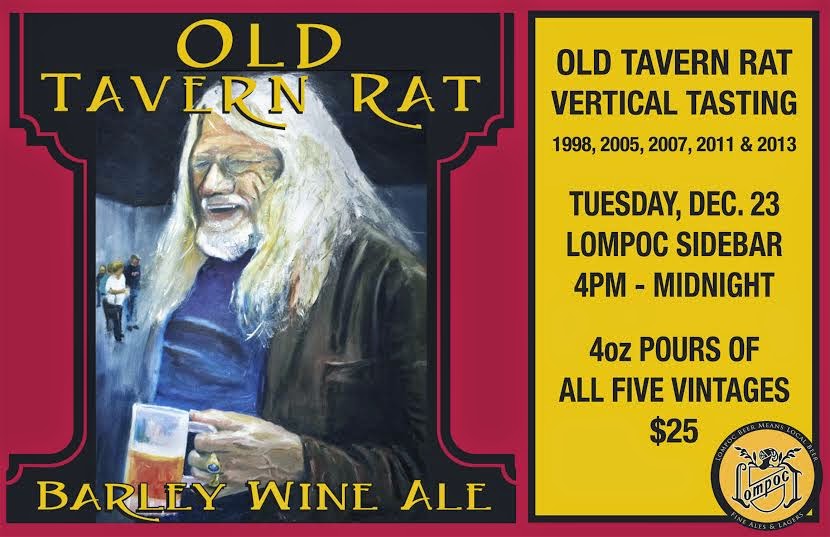 Old Tavern Rat was named in honor of the famed Portland publican Don Younger, the business partner and close friend of Lompoc owner Jerry Fechter. Though the flavors vary with each batch, the beer is generally a very intense (like Don) strong ale with a malty body and plenty of caramel, dried fruit and roast flavors. The beer’s label is a painting of Younger done by the talented John Foyston, local beer writer and painter.

A Portland staple since 1996, Lompoc Brewing creates seven flavorful year-round beers, plus a ridiculous number of seasonals. You can find Lompoc in 22 oz bottles and on draft at locations around town, and at its five neighborhood pubs: Fifth Quadrant and Sidebar in North Portland, Hedge House and Oaks Bottom in SE, and the Lompoc Tavern in NW. For more information, visit