Press Release:
EUGENE, Ore.—April 4, 2014—With more than three years of planning, countless hours of hammering, welding and commissioning, and hundreds of gallons of its signature teal paint, Ninkasi Brewery Company’s second Eugene brewery brewed its very first batch of beer last week. The first official brew not only marks a new era of growth, but also establishes the brewery as an industry leader in sustainable practices and innovation. Working hand-in-hand with ecoReal Solutions of Portland, Ore., the brewery’s design and construction teams have been able to add numerous sustainable features to the brewery, setting it on the path to reach LEED® (Leadership in Energy and Environmental Design) certifications from the U.S. Green Building Council.

“Since the beginning of Ninkasi, we have continuously been in a state of construction with four expansions in the last seven-and-a-half years,” explains Nigel Francisco, CFO for Ninkasi. “Finally, we will have a space that we can grow in to for the next 10 to 15 years instead of constantly adapting our facilities to fit our needs.”

Currently, Ninkasi’s 55-barrel brewhouse has a capacity to produce 90,000 barrels of beer per year. With a second, 90-barrel brewing system installed across the street in Eugene’s Whiteaker neighborhood, the brewery will be able to add an initial 70,000 barrels of capacity with room to grow to 250,000. Perhaps what is equally exciting for the brewery is its gained ability to produce a wider variety of beers with longer fermentation times.

“With two breweries operating together, we will have the space and capacity to brew more beers, like lagers, that can take anywhere from eight to twelve weeks to ferment,” explains Jamie Floyd, founding brewer and co-found of Ninkasi. “We’ll also have the capacity to brew more under our Rare and Delicious Series, exploring new beer styles and ingredients.” 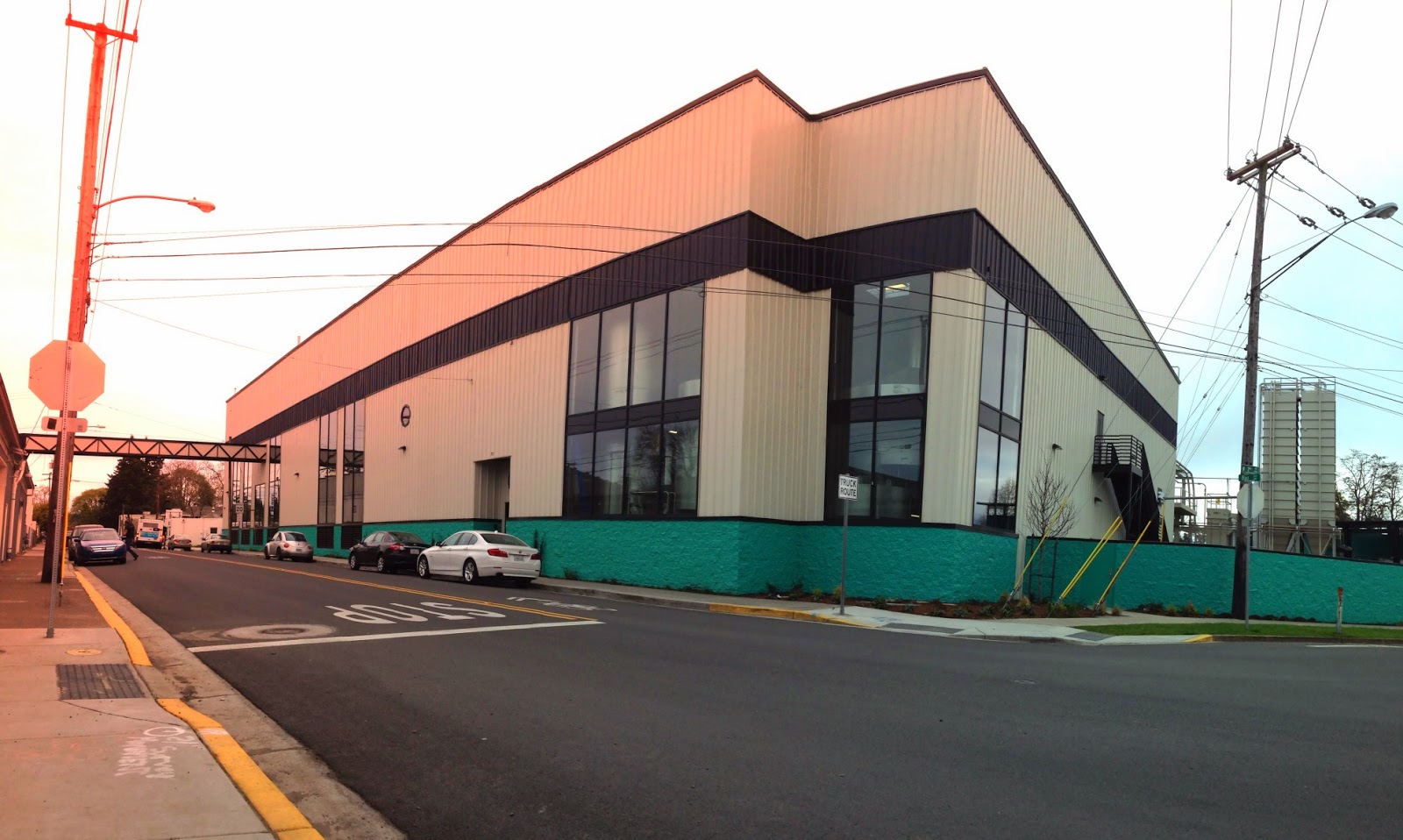 Sustainability
In partnerships with ecoReal Solutions, a sustainable solutions firm based in Portland, Ore., Ninkasi has been able to make smart upgrades to boost its efficiencies throughout the brewery, aspiring to reach LEED® standards once the brewery is fully operational. This includes investing in materials, systems and processes that will benefit the brewery and its community over time.

Sustainable attributes and performance goals met:
·         10% of all construction materials are made of recycled content.
·         10% of all materials are sourced from regional manufactures (within 500 miles of the brewery).
·         Exemplary use of FSC (Forest Stewardship Council) Certified wood products.
·         Niagara high-efficiency toilets installed throughout the brewery, using half of the water required by standard toilets—and the first to do so.
·         Energy recovery systems that capture hot liquid throughout the brewing process to be recirculated in the brewhouse.
·         High efficiency natural gas boilers that use 40% less energy needed to run conventional boilers.
·         Cleaning-In-Place (CIP) system to reduce water usage and chemical usage when cleaning brewing vessels.
·         Waste water balancing system to pH balance all waste before going to the City.
·         Bulk grain unloading system to cut down on packaging waste.
·         Bulk chemical storage to cut down on packaging waste.
·         High efficiency hop cooler.

Innovation
When working with the GEA Group to install the new 90-barrel GEA Huppmann brewhouse in Ninkasi’s expanded facility, the team realized that the amount of hops used in its brews could make for a less efficient brewhouse. During the brewing process, the hops soak up a significant amount of liquid wort which could be used in the brewing process instead of being captured in the hop filament.

Due to Ninkasi’s commitment to brew without hop extracts, Ninkasi’s teams worked with GEA to develop a proprietary technology that will allow better yields with more hops. This took the form of a hop strainer, which, if successful, will be deployed and used more widely across the brewing industry. In short, the hop strainer allows Ninkasi brewers to pass the hopped wort through a strainer to help remove the hops and also garner as much liquid as possible from the hop matter.

“We’re excited to be on the forefront of brewing technology and looking forward to the opportunities we’ll have with the new system to produce more beer and more varied beer styles,” says Nikos Ridge, CEO and co-founder of Ninkasi.

Ninkasi plans to operate both brewhouses moving forward, with its expanded brewery fully on-line by May of this year.

This expansion is part of a larger growth project for Ninkasi, which includes a new local distribution facility which opened last April, along with a new administrative building set to open in early June. All buildings are registered to be LEED® certified under the new LEED® campus platform.

Tours of the new facilities will be available this summer. To learn more about Ninkasi’s current sustainable practices visit: www.ninkasibrewing.com/sustianbility. 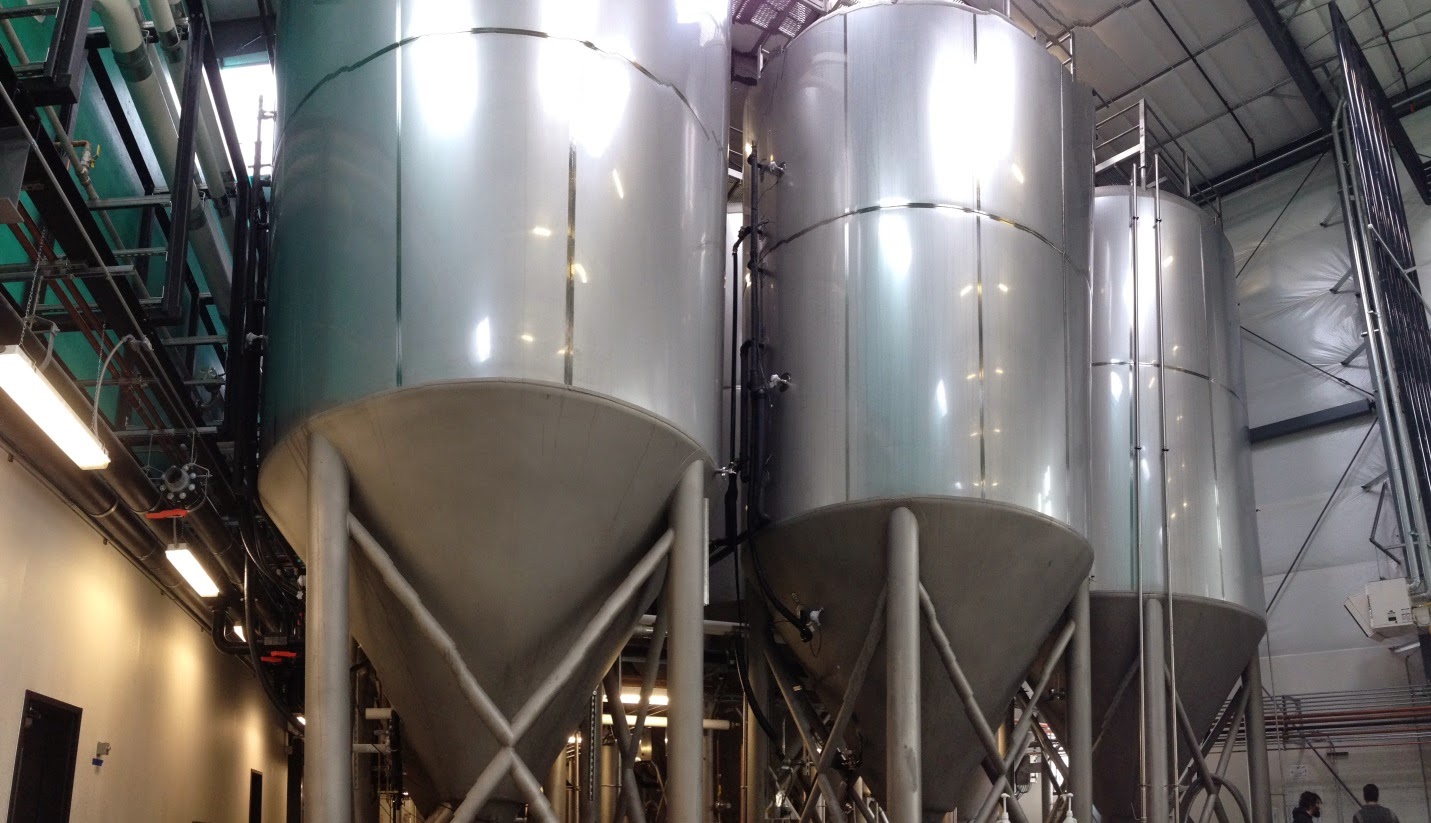