Oregon Brewers Festival toasts 27th year of celebrating craft beer,
adds a dozen European brewers to the mix
85,000 beer lovers from around the world will take part in the annual celebration of craft beer

PORTLAND, Ore. — On a sun-soaked July afternoon, there’s no better place to sip suds with friends than the Oregon Brewers Festival, one of the nation's longest-running and best-loved craft beer festivals. Nearly 85,000 fans will travel from around the world to take part in the 27th annual event, which will run July 23 through July 27 at Tom McCall Waterfront Park in downtown Portland. Event hours are Noon to 9pm Wed. through Sat., and Noon to 7pm Sunday.

Admission into the festival grounds is free. In order to consume beer, purchase of a 2014 souvenir 12.8-ounce tasting glass is required and costs $7. Beer is purchased with wooden tokens, which cost $1 apiece. Patrons pay four tokens for a full glass of beer, or one token for a taste. There are no advance tickets sold to the festival; all purchases are made on-site.

In the main tents, the Oregon Brewers Festival will serve up more than 30 beer styles from 86 craft breweries from around the country; there are 88 different beers served, one per brewery plus two gluten-free offerings. From Belgians to Braggots, Pales to Porters, Radlers to Reds and Sessions to Saisons, there’s a style for nearly every palate.
New this year, the Oregon Brewers Festival has invited eleven brewers from the Netherlands plus one from Germany to send over their beer to be featured in the festival’s Specialty Tent, an area where an additional four-dozen vintage, barrel aged, blends and esoteric one-offs are offered. The festival is also flying over the European brewers, who will be available for daily meet the brewer sessions at the event.
Dubbed NL to PDX (#NLtoPDX), the program started when festival director Art Larrance learned that Portland has a Friendship City relationship with the city of Utrecht in the Netherlands. Upon visiting, he discovered a growing craft brewing movement that reminded him of the Northwest craft beer industry in the 1980s; brewers who are just beginning to explore new flavors and styles.

“Featuring international brewers is a natural extension for the OBF,” explained Larrance. “We want to develop a long term cultural exchange and share our passion, knowledge and friendship with these brewers as part of a collective celebration of great craft beer.”

The Oregon Brewers Festival is first and foremost a celebration of beer, but the event also features five days of live music, food booths, craft vendors, homebrew demonstrations and industry displays. The Crater Lake Root Beer Garden provides complimentary handcrafted root beer to minors and designated drivers; minors are allowed into the event when accompanied by a parent.

The OBF encourages responsible drinking and urges patrons to take the Tri-Met MAX Light Rail, which has a station just one block away from the main entrance. Attendees can also take advantage of the Hopworks Bike Corral, where volunteers from Rotary Club of Portland–Westside’s Cycling 2 Serve Fellowship will watch over bikes for free (donations will benefit Rotary International’s “End Polio Now” efforts to eradicate polio worldwide).
For a complete list of participating breweries and additional information, visit www.oregonbrewfest.com. For high-res photos from past events, visit www.flickr.com/photos/oregonbrewfest/sets/.

ABOUT THE OREGON BREWERS FESTIVAL
The Oregon Brewers Festival was founded in 1988 as an opportunity to expose the public to microbrews at a time when the craft brewing industry was just getting off the ground. Today, that industry has flourished, especially in Oregon, which currently has 166 brewing companies operating 207 brewing facilities in 66 cities in Oregon. Portland alone has 53 breweries — more than any other city in the world. The Portland metropolitan area is the largest craft brewing market in the US with the most number of breweries at 73. A study conducted at the 2013 Oregon Brewer Festival estimated the economic impact of the festival on the local economy to be $31.2 Million; it also showed that out-of-state and international visitors accounted for 52.5 percent of attendees. For more information about the Oregon Brewers Festival, visit www.oregonbrewfest.com. 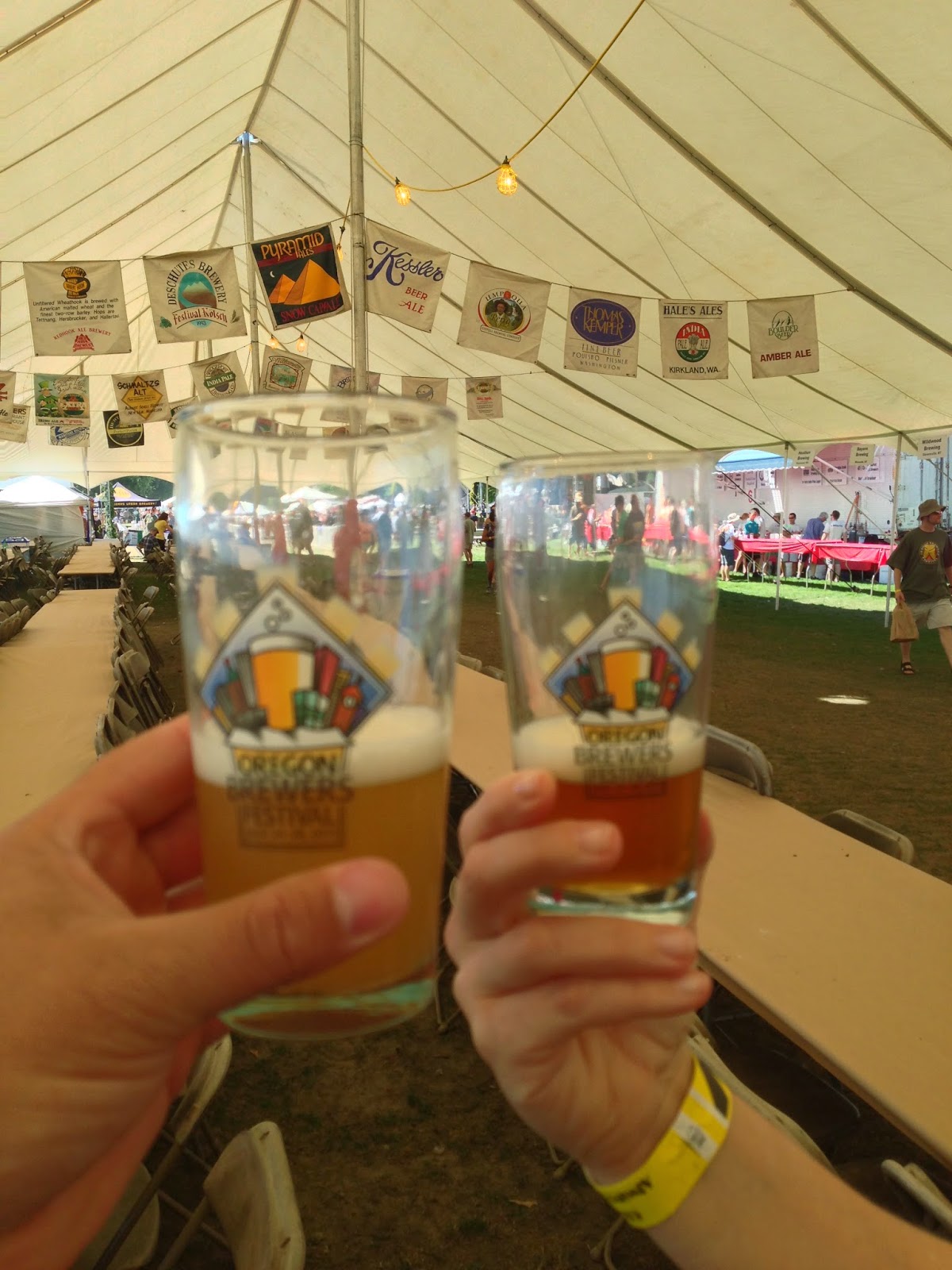 Posted by Adam Duerfeldt at 1:26 PM