A couple great events coming up at Lompoc Brewing. Check out the press releases below. 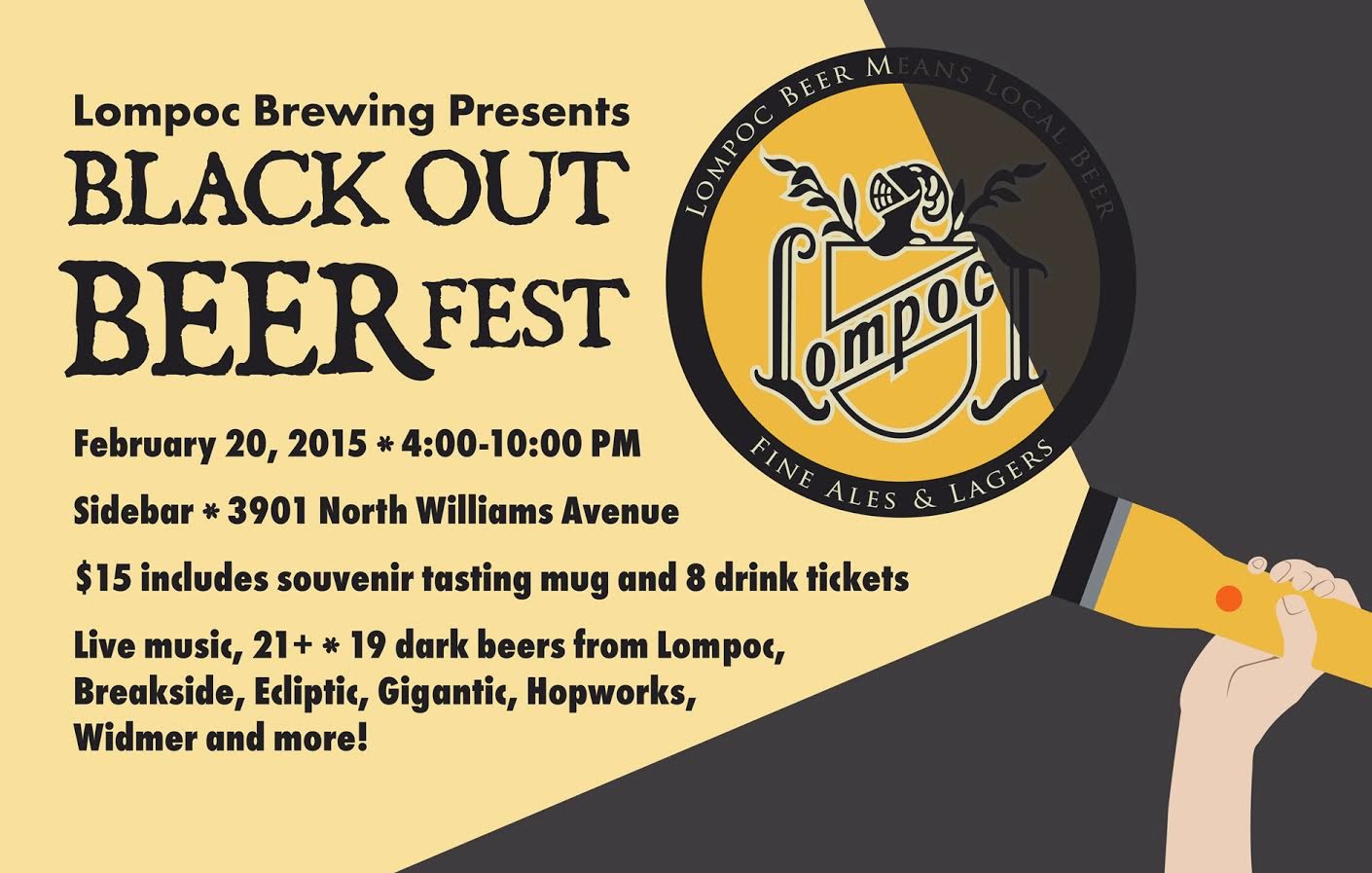 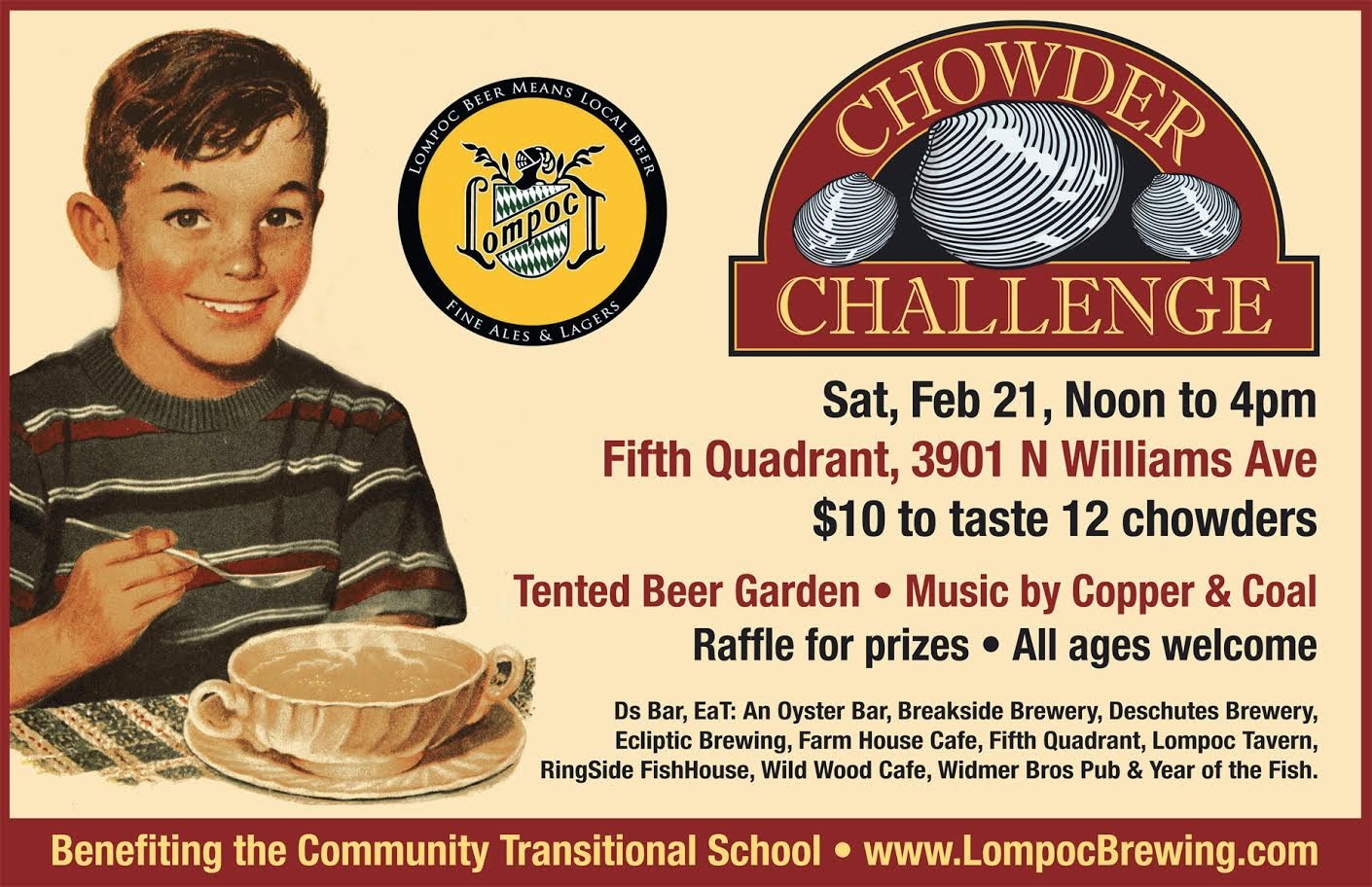 Lompoc Brewing Hosts 9th Annual Chowder Challenge on February 21
PORTLAND, Ore. – A dozen local brewpubs and restaurants will vie for the coveted Chowder Cup at the 9th annual Chowder Challenge on Saturday, February 21 from Noon to 4 pm. The blind tasting competition will take place at Lompoc’s Fifth Quadrant, located at 3901 N Williams Ave.
This year’s participants are Ds Bar, EaT: An Oyster Bar, Breakside Brewery, Deschutes Brewery, Ecliptic Brewing, Farm House Cafe, Fifth Quadrant, Lompoc Tavern, RingSide Fish House, Wild Wood Cafe, Widmer Brothers Pub and Year of the Fish.
Two-ounce samples of traditional New England-style clam chowders from each of the participants are served in non-labeled tasting cups. After tasting all entries, attendees vote for their favorite. The chowder receiving the most votes is named the People's Choice Winner and takes home the coveted Chowder Cup; awards are also given for second and third place. There is no charge to attend the event, but to taste the chowders, attendees ages 12 and over purchase sample trays for $10.
The festivities also feature live music, a beer garden, a raffle with prizes from the participants, and pub food for purchase. Minors are welcome at the family friendly event.
The reputation of the New Old Lompoc’s clam chowder was the motivation behind holding the Chowder Challenge. The New Old Lompoc won the inaugural Chowder Cup in 2006; the Morrison Hotel stole it away in 2007, but it was wrested back by the New Old Lompoc at the next five events. In 2013, with the New Old Lompoc out of the competition while being rebuilt, the Ice Axe Grill swooped in and took the cup. In 2014, the New Old Lompoc – revived as the Lompoc Tavern – returned the cup to its original hands.
All net proceeds are donated to Portland’s Community Transitional School, which provides important educational services to children who are homeless or otherwise at risk of school failure.
For more information about the event, visit www.lompocbrewing.com.
Posted by Adam Duerfeldt at 10:41 AM