Fremont Brewing, one of my Favorite breweries in Seattle is about to expand in a big way.  Here is the official press release that was sent to Freshpints. 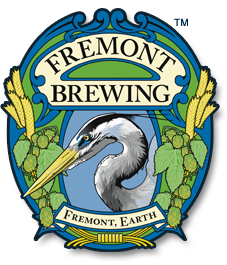 SEATTLE -- Fremont Brewing Company will move most of its production operations into a building located at 4700 Ninth Ave NW in Ballard, currently occupied by McCallum Envelope & Printing.

The new production space will house a new brewhouse and new canning and bottling lines.  The renovations will target the highest energy and water conservation standards, maintaining Fremont Brewing’s commitment to sustainability. Fremont plans to hire an additional 35 to 40 full-time employees to work at the new facility.

“We chose Ballard because of its strong manufacturing base and besides, the new brewery is only one block outside of Fremont. Even though it’s very expensive, we’re committed to remaining in the City and we simply refuse to accept that blue-collar manufacturing jobs can’t coexist in the new Seattle,” said Matt Lincecum, Founder/Owner of Fremont Brewing Company “We look forward to forging a tight relationship with our new neighbors in Ballard and continuing our support of Ballard public schools and non-profit community organizations.”

Founded in 2008, Fremont Brewing Company is a family-owned craft brewery located in the Fremont neighborhood of Seattle. Home to maritime industries, artists, and free thinkers. Fremont is the self-proclaimed “Center of the Universe.”

Check out the Washington Beer Blog's excellent post on the coming changes to Fremont Brewing.