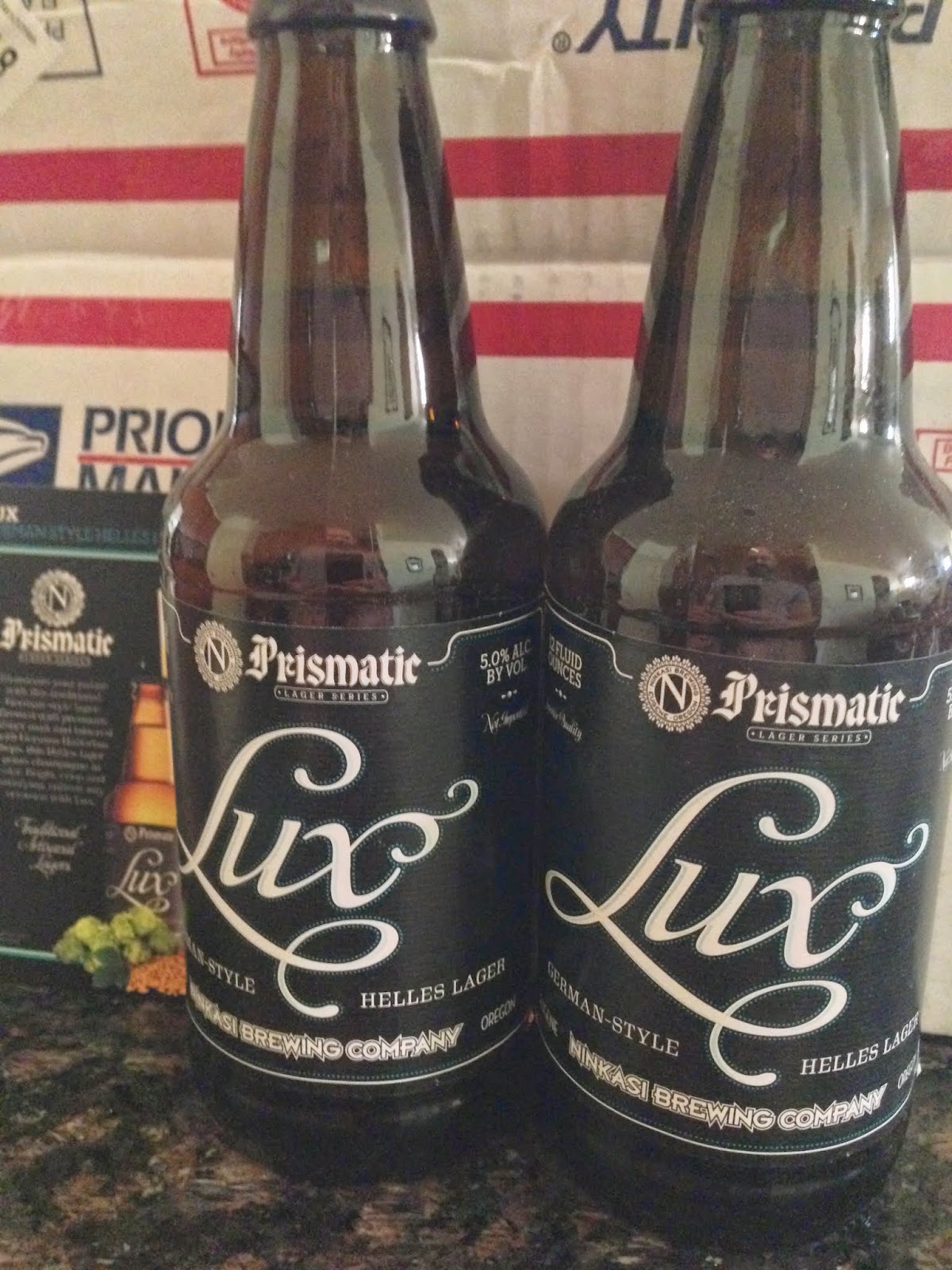 I'm going to start up a new feature on Freshpints.com called Beer Mail. Whenever I receive a sample from a brewery, I'll write up a new post under the heading Beer Mail. Rather than just sampling it myself I'm going to share it with my friends, because sharing is caring and why not get more input than just mine? Plus this will make my friends want to hang out with me more.

A couple of weeks ago I received samples from Ninkasi Brewing. Lux, a German-Style Helles Lager, is a seasonal from the Prismatic Lager Series and available from May - August.
Samplers of Lux happened to be five people - 3 men, and 2 women. Tasting took place in a garage because we're fancy like that.  As you can see, 3 sample glasses and 2 rocks glasses were used to sample the beer, which you'll care about if you're a person who's into using proper glassware.  We just drink using whatever's on hand. 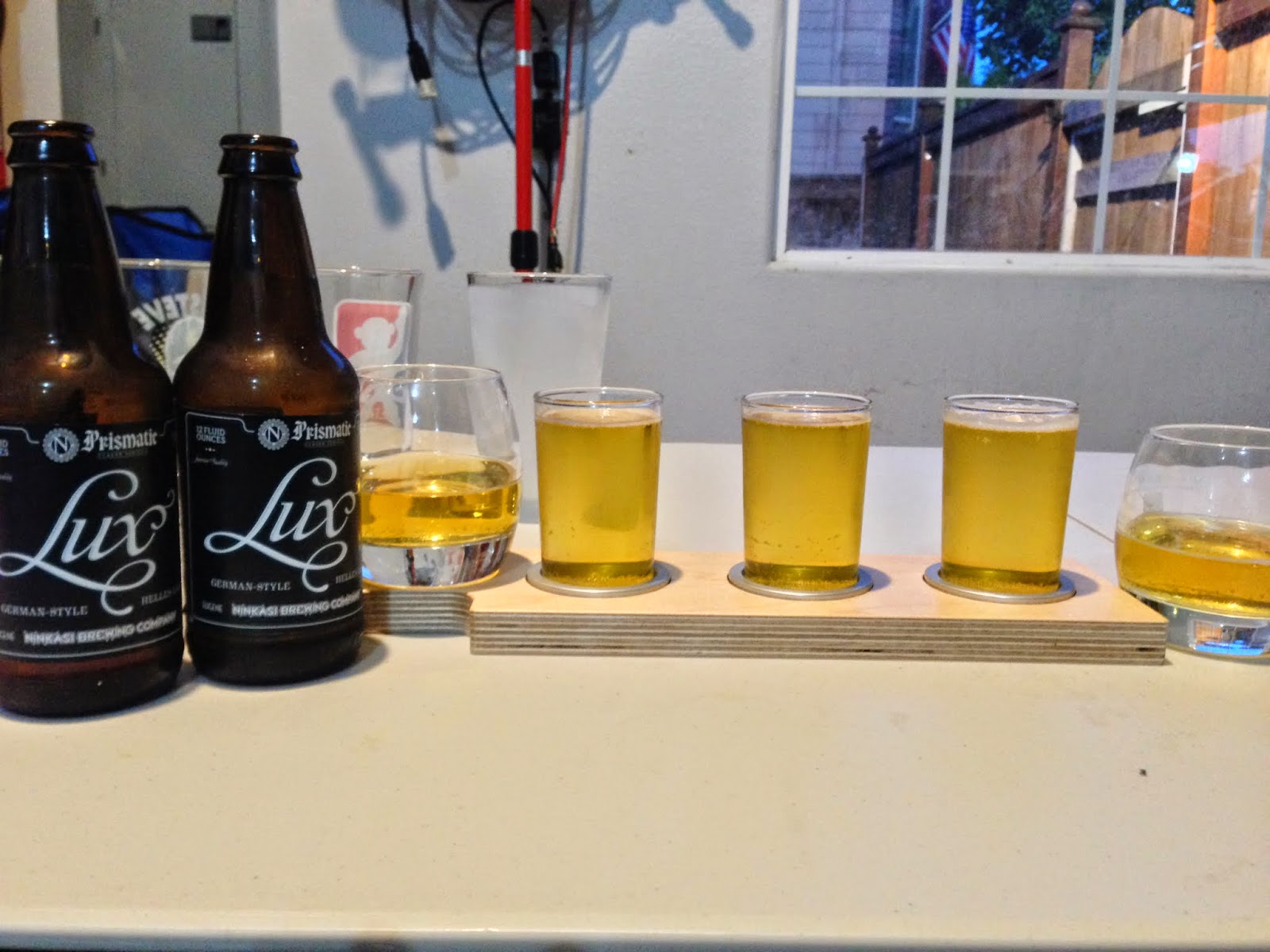 Impressions from first sip :
Awesome, slight biscuit flavor, easy drinker, great for summer, crisp, slightly bitter/hoppy in a good way, wish it was canned 'cause this would be a great beer to take camping, tastes like Rolling Rock (and that is a compliment as this person happily drank a lot of Rolling Rock prior to making her way to craftbeer).  The conclusion was this is a beer worth stocking up on for the coming summer.

Clear disclosure: These were samples sent to me. Thanks Ninkasi!

Below are the stats for Lux from the press release that I posted back on April 23.

Posted by Adam Duerfeldt at 2:33 PM