Now that fall is in full swing and the rain seems to have taken the place of the sun we experienced for 20-some days, it's time to take a look back on a few beer events I've attended so far this fall. 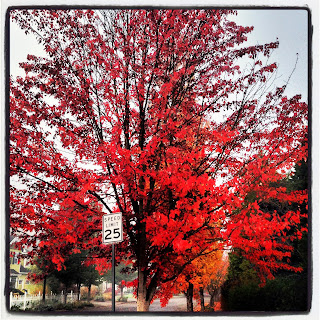 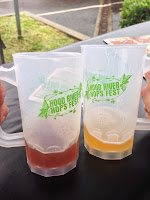 Starting back in late September I attended the Hood River Hops Fest in downtown Hood River. A huge rain storm was hitting pretty much all of Oregon that day, and the Hops Fest is an outdoor event, so we were a little concerned about how well things would go. Thankfully the the promoters installed big tents covering most of the grounds so other than moving between tents for beer, food, bathrooms, etc. the weather wasn't much of an issue. It also was nice that the heavy rain held off most of the time we were attending, picking up later in the day when we were about to head for home....That said, one thing that always makes me laugh is that Pacific Northwest folks really don't care too much about the weather when you have beer involved....rain, sun, snow...people will show up and drink.  No exception at the Fresh Hops Fest, as there was a pretty healthy crowd that turned out.  There were a lot of great beers to be had, but the highlight fresh hop beers for me this year were: #1-Gigantic Sodbuster Simcoe Fresh Hop IPA, #2 Barley Brown's Fresh Hop Pallet Jack, #3 - Base Camp Hopularity Contest

At this point in the season, fresh hop beers, whether on tap or in bottles, are probably getting hard to find. And even if you do find them, they're probably starting to lack the freshness that they had when they were first kegged or bottled. Even so, if you have the opportunity you should try one out (and then remind yourself to get one earlier next year!) Gotta say that fresh hop season is my favorite beer season. I can't get enough of fresh hop beers.


A few good posts about fresh hop beers from two beer blogs that I enjoy reading: 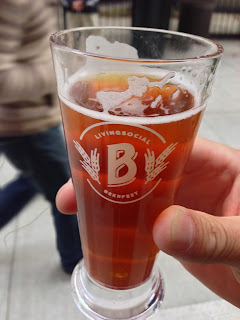 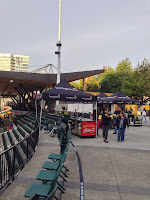 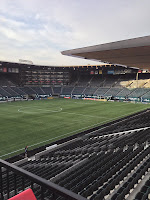 In October I attended  LivingSocial's Craft Brewfest at Jeld-Wen Field. This was my first time actually setting foot in the newly-renovated Jeld-Wen Field. (I may be the last person in the Portland area not to have attended a Timbers game.) I must say it's an impressive venue and the way the brew fest was set up on the concourse level was actually really cool. The beers were set up along the entire concourse level, not just all in one place like at some events I've attended. So it made for a nice stroll to get beer tastes and see some of the games that were set up, find food, and also take in the live music ...and, surprisingly, I can say that the dueling piano performers were amazing and put on a great show. I had fun, with only a few issues that I could see, #1 - Quite a few beers were not the original beers on the beer list, and then the replacements weren't listed. So, it was a little hard to know what was being served at times. And #2 maybe have some more lights. It got dark and even with the lights it was hard to walk around and see where you were going....of course maybe I'm just old and can't see as good as the young folks. 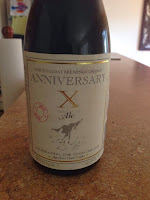 Also in October I attended the PDX bottle share at Rev Nat's Hard Cidery & Tap Room. Its a very simple idea. Just bring a beer, cider, or mead to 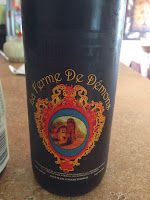 share and some food/snacks, and everyone samples the goods. Since my wife and I both went, I brought two beers. One was a 15-year-old Anniversary X Ale From North Coast Brewing and a La Ferme De Demons from Block 15. Both beers were very good. I was a bit concerned about sharing the Anniversary X Ale, since at 15 years it was anyone's guess if it would still be good. Surprisingly it held up and was
still rich and smooth. A rare beer like that should be shared, so I'm glad I was able to share it with the folks I met at Rev Nat's.  I think I tasted at least 30 beers, ciders, and one mead. I was able to try many beers and ciders that aren't distributed in Washington/Oregon and I met a bunch of great people who are passionate about great beer and cider. If you want to attend the next PDX bottle share follow the twitter feed
@PDXbottleshare or PortlandBeer.com

Posted by Adam Duerfeldt at 7:50 PM