So a couple of weeks ago the family and I went out to hike Beacon Rock. This was our first time hiking up to the top of Beacon Rock. It was a nice hike and was a great one to do with the kids as it's a pretty easy hike. 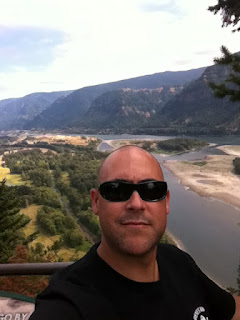 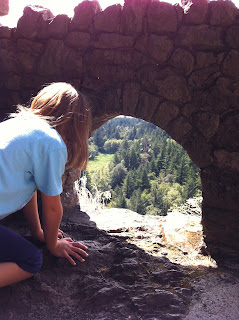 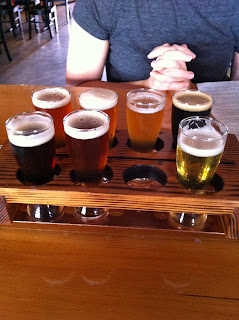 But with a nice hike comes a thirst for a beer, so we headed on down to one of my favorite breweries/pubs...Everybody's Brewing in White Salmon. This is a great pub with great food and great beer and really friendly service. The pub is very comfortable with a long bar and lots of seating inside and an excellent patio that on a clear day looks out to Mt Hood.  The food/menu is pretty diverse with lots of options that should satisfy everyone. The beer is great with usually 7 to 9 beers on. It had been awhile since we had been their so I ordered up the sample tray and it came with 7 of 9 tasters...they were out of 2 of the beers as they has just had their 4 year anniversary party..no big deal... also had a pint of Daily Bread/common Ale. All the Beers were great, and around Camas or PDX I usually only see Country Boy IPA and Local Lager (which are both excellent beers). So it's nice to get over to the brewery and try out all the other beers they have and with 9 beers on tap usually, you will find something to like.  It's a bit of a drive to get out to White Salmon but it's beautiful drive. And if you really want to make it a nice little brew tour from SR-14, you could stop in Stevenson and hit Walking Man Brewing then drive onto White Salmon and hit Everybody's Brewing, then cross over into Hood River and hit my other favorite brewery/pub, Double Mountain Brewing, then Full Sail Brewing, Pfreim Brewing, and Big Horse Brewing. If you live on the Oregon side coming from I-84 then hit the Hood River breweries and then crossover into White Salmon and hit Everybody's brewing and then head on down SR-14 to Stevenson and Walking Man brewing.