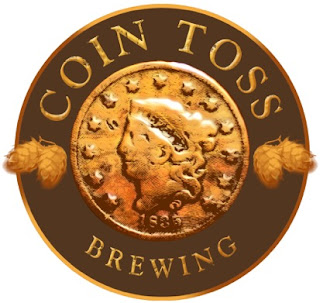 OREGON CITY, Ore. – March 2, 2017 – Coin Toss Brewing Co. is celebrating its first anniversary this Saturday, March 4, with an all-day anniversary party from 12pm to 8pm at the brewery and taproom, located at 14214 Fir St, Ste. H.

The event will feature a special release of Ace In The Hohl Double IPA, brewed to celebrate the occasion with all "A" hops: Amarillo, Azacca and Aurora. It comes in at 7.7% ABV and 77 IBUs.

“It’s humbling to reach this milestone,” said Coin Toss Brewing founder Tim Hohl.  “We have been overwhelmed by support from the community and look forward to celebrating with our customers and fans.”

Coin Toss is using the anniversary party as the launch for its Crowler Club. Crowlers are 32 oz. cans sealed with a cap on site; unlike a glass growler, the crowler’s aluminum packaging helps keep beers fresher for longer and maintains the quality by creating a barrier to light and oxygen, which prevents off flavors from developing. Coin Toss currently sells its non-imperial beers in crowlers for $8 each, with an offer to buy two at regular price and get a third for $5.
The Crowler Club will offer an exclusive annual membership that includes a crowler three-pack each month for 12 months, plus special member-only deals throughout the year. A Crowler Club membership will be available for $149 at the anniversary party, a $252 value.

About Coin Toss Brewing Co.
Coin Toss Brewing Co. is committed to crafting the finest beers in honor of Portland’s illustrious history. The brewery offers a variety of signature brews available by the pint, growler or keg from its taproom in Oregon City and on tap around town. The Coin Toss moniker is a nod to the fateful event that determined Portland’s name. Although Asa Lovejoy lost that toss to Francis Pettygrove, Coin Toss would like to reach through the years and tell him: Heads or Tails? It’s Beer. You Win! Learn more at CoinTossBrewing.com.
Posted by Adam Duerfeldt at 7:28 PM