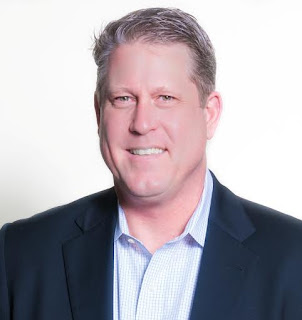 PORTLAND, Ore – Cascade Brewing has announced the appointment of Tim Larrance to vice president of sales and marketing, effective April 4.

Larrance will be responsible for all sales and marketing functions, including managing and directing the company’s growing wholesaler network across the United States as well as helping continue to build the Cascade Brewing brand across the globe.

Larrance has more than 23 years in the beverage industry, holding area and regional management and director positions with Labatt USA, Inbev and William Grant & Sons. He has been in and around the brewing industry since his teenage years when he watched his father, Art Larrance, build Portland Brewing in the early 1980s; he began his own career there in 1992.
Larrance graduated with a bachelor’s degree from Oregon State University and an MBA from George Fox University. He resides in Lake Oswego with his wife and two sons.
About Cascade Brewing
Cascade Brewing has been a pioneer in the sour beer renaissance since 2006 and is the proud innovator of the Northwest Sour Ale. Its award-winning sour ales feature a clean, lactic acid profile produced by a house culture of lactobacillus bacteria. Its distinctive sour beer blends feature fruit forward, barrel-aged ales that offer a complex array of flavors derived from Northwest grown ingredients. Cascade’s sour ales are brewed and blended in Portland, Oregon; its blending house currently holds more than 1,400 French oak, Kentucky Bourbon and Northwest wine barrels — plus nine foudres. For more information, visit www.CascadeBrewing.com. Follow the brewery on Facebook at www.facebook.com/CascadeBrewing and on Twitter and Instagram @CascadeBrewing.
Posted by Adam Duerfeldt at 8:13 PM