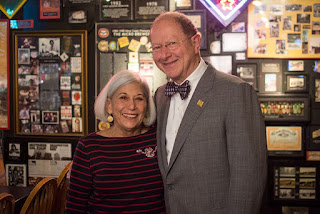 Seattle, WA: Angelo Pellegrini was a champion for local and slow food long before those terms were common. Alice Waters, Ruth Reichl and Mario Batali all note Angelo, or Pelle as he is fondly called, as the person who inspired their focus on sustainable and good food. The Pellegrini Foundation carries on Angelo’s legacy by recognizing people who espouse his values of using fresh, local ingredients and gathering people at the table for meals that are both healthful and delicious. This year Charles and Rose Ann Finkel, Pike Brewing Company’s Founders and Owners, are being recognized for their decades long commitment to wine and beer, and pairing these with flavorful and locally sourced foods. The Finkels will be honored at the annual Pellegrini Foundation Award dinner on Saturday, October 24 at 7 PM at the Swedish Club in Seattle.


“Charles and Rose Anne are iconic, national treasures,” notes Roy Breiman, Vice President of Pellegrini Foundation and Corporate Culinary Director of Cedarbrook Lodge. “Their commitment to their craft is unsurpassed, inspired and always delivered with a servant’s heart.  They truly embody the Spirit of Angelo Pellegrini whereas sharing with others what Angelo called “The Good Life” is a natural extension of their authentic spirits.  We are so blessed to have these wonderful people within our region making our community far richer because of their contributions to others.” 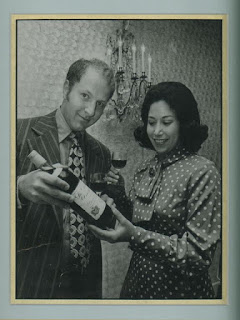 Both Charles and Rose Ann Finkel have deep roots in culinary and beverage communities. Charles was one of the first to introduce Americans to fine wines beginning back in the 1960’s. Rose Ann was born to East Coast parents in New Orleans, where she learned the pleasures of the table. To this day she still makes her Aunt Elaine’s spicy gumbo.

Charles and Rose Ann’s first company, Bon-Vin was founded in 1969, and was the first to market Washington State vinifera table wines nationally under the Ste. Michelle brand. In doing so, they helped launch Washington State’s wine industry.

In 1978, they founded Merchant du Vin Corporation, the pioneer U.S. craft beer importer. They were the first to import Belgian beers to America and also specialized in craft beers from England, Scotland and Germany. Included in their portfolio was beer from family-owned American breweries including D.G. Yuengling of Pottsville, PA, America’s oldest brewer. They specialized in classic brewing styles, and in partnership with multi-generational family owned breweries in Europe, re-introduced styles that were no longer being brewed like oatmeal stout, porter and peach lambic. Together the Finkels created several iconic brands for the breweries they represented, and Charles designed labels for a wide variety of these beers.

Because they were receiving accolades for helping develop recipes, styles, labels. P.R. and other marketing for these breweries, as a part of Merchant du Vin, they decided to open a small brewery in Seattle’s historic Pike Place Market. There consumers could “meet the brewer” in The LaSalle Hotel building, once one of Seattle’s most infamous brothels. As lovers of local food they selected the Pike Place Market as the location for Pike Brewing Company because it is our country’s oldest landmarks dedicated to food.

“Angelo’s life and books alongside his teaching define quite intensely the care and love of planting, of cooking, of eating and of drinking, and above all Sharing,” said Armandino Batali, a previous Pellegrini award winner and founder of Salumi.  “Charles and Rose Ann are everywhere sharing these values.  Charles with his profound impetus in the world’s beer scene.  Through their care and love for each other, they give so much of their time and sincere care  to every calling for help, the poor, to promote education, sharing their love of others and support to others concerns;  all with so great smiles and joy;  giving and teaching  with full hearts.” 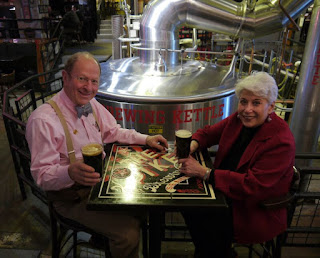 Limited tickets to the Pellegrini Foundation Award Dinner on Saturday, October 24 at 7PM at Seattle’s Swedish Club can be purchased at Brown Paper Tickets