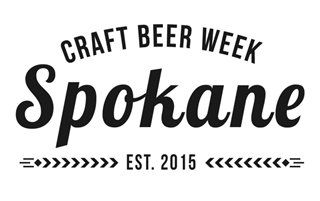 Press Release:
Spokane, WA…While Portland is a buzz for the annual Craft Brewers Conference, the Inland Northwest is creating a buzz of its own.  Come May 11, all roads will lead to Spokane…and the first official Spokane Craft Beer Week!
With an abundance of exciting events already slated to entertain the masses from May 11th – 17th, perhaps the most anticipated is one that brings together 13 breweries and paints a vibrant picture of craft beer in the Inland Northwest.

On May 12th from 4pm – 7pm, 12 local breweries will unveil 6 collaboration beers at No-Li Brewhouse against the backdrop of the beautiful Spokane River.

“This event is really indicative of how far Spokane craft beer has come,” says No-Li’s Callet Ioane.  “It’s humbling to be a part of the evolution of the beer culture here and we’re extraordinarily proud to see our local brewing community thrive.  We’re excited for the future!”

Beer, music, food and fire pits…all along the River.  Not bad for a Tuesday!
For more information on Spokane Craft Beer Week, visit www.spokanecraftbeerweek.com.