Fremont Brewing will be releasing its popular Session IPA, 77 Select on December 29th at their Urban Beer Garden. Along with the standard version at the release event they will have five infused versions of 77 Select. See details below about the release event and beer details. 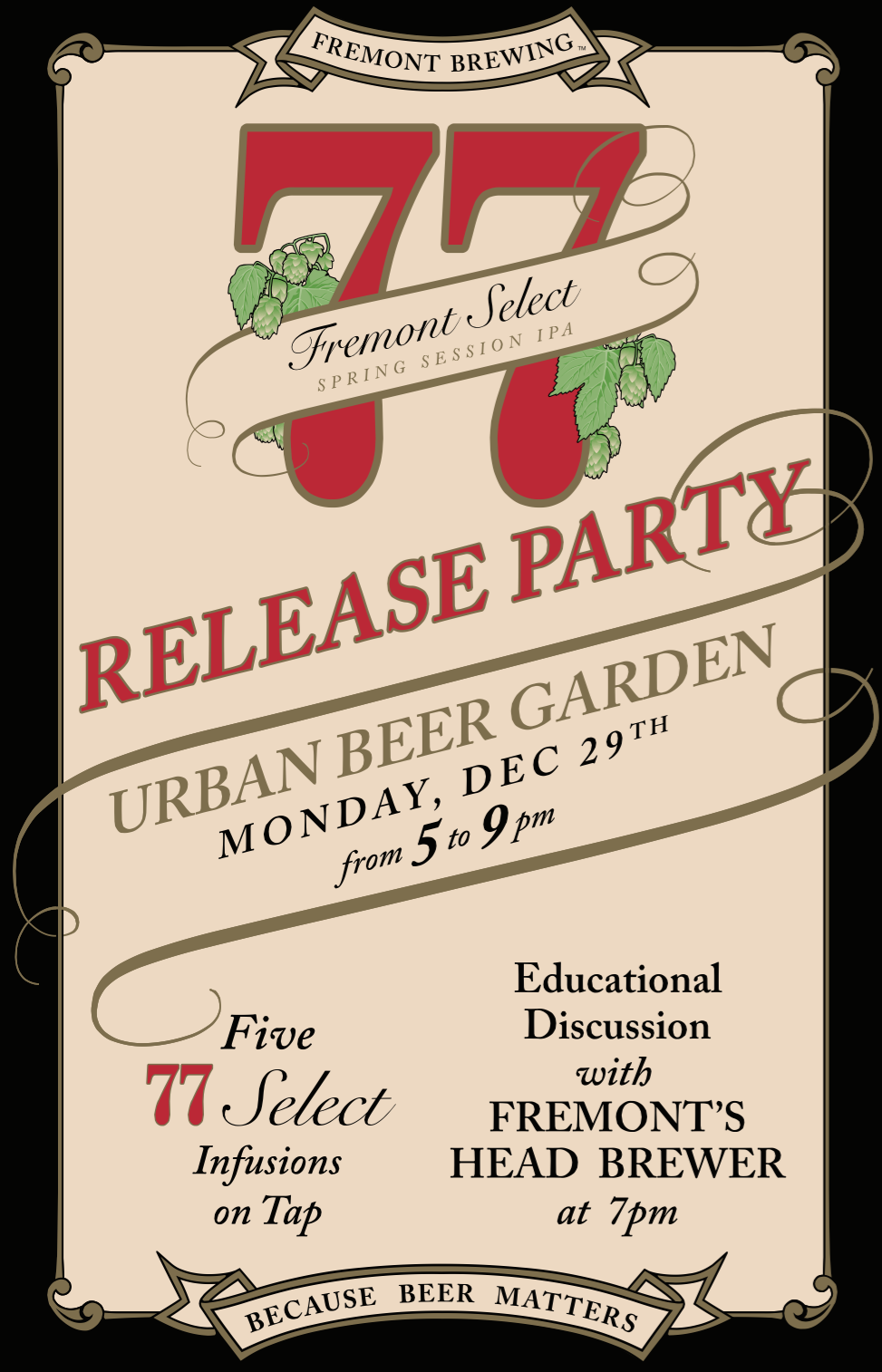 Fremont Brewing will release 77 Select, its Session IPA, on Friday, December 29th in their Urban Beer Garden (1050 N 34th St, Seattle). The release event will take place from 5-9pm and will feature five infusions of 77 Select. At 7pm Fremont’s Head Brewer, James McDermet, will lead an educational discussion about the beer and be available for questions.

Beer Details:
Description: 77 Select is made with 7 choice ingredients and Fire Brewed in the pits of Fremont Brewing to achieve its rarefied Session IPA status. With this brew we respect Seattle’s old Horlucks and Sicks Brewing Companies, predecessors of Rainier Brewing, and their flagship beers 66 Select and Rainier
ABV: 4.0%
IBU: 60
Posted by Adam Duerfeldt at 1:10 PM