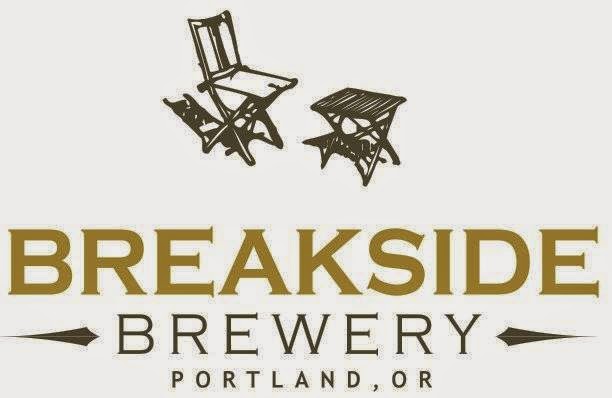 December 30, 2014 Portland & Milwaukie, OR -
Breakside Brewery is kicking off 2015 with five new beers, four of them in bottles, two of them available year round and one of them launching a brand new Farmhouse Fruit and Funk series. Beginning January 1st welcome brand new year round beers Lunch Break ISA and Amuse Saison both available on draft and in 22oz bottles. January 8th will mark the return of the beloved seasonal Salted Caramel Stout to draft and bottles. Early January will see the release of Tropicalia an American Farmhouse ale brewed with Lychee fruit and Peruvian peppers, it is the first in a new Farmhouse Fruit and Funk series of six, Belgian inspired releases that will rotate every two months. Finally we can all look forward to a collaboration with Portland's newest brewers at Fat Head's Brewing and a quickly budding friendship between both breweries culminating in the release of Juggling Plums Gose on January 14th at Saraveza.
​
​
Lunch Break ISA
Lunch Break is our hop forward session beer, built for enjoying any time of day. Whether you call this beer a Session IPA, American Pale Ale, India Session Ale, Mini IPA, or something totally different, we know that you'll find this beer to be full of juicy, classic hop flavor with just enough malt backbone to keep things in balance. We reserve some of our favorite hops--Simcoe, Amarillo, Cascade and Centennial--to use in this beer, which gives the aroma a heady mix of lemongrass, orange marmalade, grapefruit, pine and resin. Hop heads who seek a big punch of hops in the nose need look no further!


Amuse
This characterful session Saison is a true delight for the palate! Notes of white pepper, coriander, orange, freshly cut flowers, and ginger come together beautifully in this easy-drinking Belgian-style Farmhouse beer. The delicate balance of herbal hop aromatics and spicy yeast flavors make this beer light, spritzy and refreshing.
"Amuse" is a Chameleon-like word with many meanings, and here, it means to have fun, to enjoy oneself. Amuse is a beer to enjoy with friends: to kick off a meal, to enjoy on a sunny afternoon outdoors, to share as a gift. We hope you'll find drinking this beer as fun and amusing as it is for us to make. Cheers!
Salted Caramel Stout
A collaboration with Salt & Straw ice cream, this has been one of our most popular beers over the past few years. The base beer is a full-bodied stout, and we add both sea salt and a specially made caramel to the wort before fermentation. The finished beer is rich and balanced with a luscious caramel flavor in the aroma and mid-palate, a hint of salt in the finish, and a smooth, rich roast character.

Tropicalia
Our brewers draw inspiration for beers from all corners of the world of food and drink, and this beer is a perfect example. Influenced by a dish at Johanna Ware's restaurant Smallwares in Portland, OR, two of our brewers designed a beer using lychee and Peruvian Yellow Chilies. The playful intermingling of moderate spice and unctuous, tropical fruit keeps this beer in balance. Early aromas of pepper give way to a rich and fruity mid palate that is followed by a pleasant, lingering heat. The use of several "Hot" hops with distinctive tropical aromas add additional depth of flavor to this unique beer.
This is the first release in our new Farmhouse, Fruit and Funk series. This set of six beers--each available for two months of the year--showcases the deft and playful ways in which our brewers use non-traditional ingredients to make complex, flavorful beers. From Lychees and Yellow Chilies to Oregon-grown Peaches and California Kumquats, this line of beers stakes a claim for the "culinary beer" as an emergent, delicious and elegant new beer style.
Juggling Plums Gose
To kick off 2015, we have a draft-only collaboration brewed with our good friends at Fat Heads Brewery. The beer, a Gose, is a slightly sour wheat beer made with salt and coriander. In a non-traditional twist, we derived all of the salt in this beer from an unlikely source; the Japanese Salt Plum or Umeboshi. Salt plums are small Japanese plums that have been cured with red Shiso and salt and spend a year "fermenting" in wooden barrels. The fruit is intensely briny, with a light sweetness and herbaceousness. Seriously though, these things pack a punch: we need fewer than 5 lbs of salt plums to impart a recognizable (yet balanced!) flavor to 1,000 gallons of beer!
In the spirit of collaboration, we brewed components of this beer at each of our breweries; Fat Head's grew up the sour wort we used to give the beer it's tartness, while Breakside supplied the base wort and salt plums. We think that you'll find the finished beer to be incredibly refreshing and complex. It's a "gateway sour" with a moderate body and slightly spicy finish. Cheers!
5% ABV 6 IBU.

About Breakside Brewery:
Opened in 2010 in the quiet Woodlawn neighborhood of Northeast Portland as a restaurant and nano-sized brewery, Breakside expanded to a 3.5 BBL brewhouse while winning their first medal at the Great American Beer Festival in 2011 where they have earned medals each year since. In late 2013 the brewery expanded operations to Milwaukie, Oregon with a 30BBL production brewery filled with 60 and 120BBL tanks, barrel rooms for wild and non-wild/sour fermentation's and a 20 tap tasting room. In 2014 Breakside was awarded with the highly coveted Gold Medal for American-style IPA at the Great American Beer Festival for their flagship IPA that was also named to Men's Journals 100 Best Beers In The World and Sip Northwest's Best IPA in the Northwest. Breakside is also known for their experimental, barrel-aged and sour beers like Bourbon Barrel-Aged Aztec a strong amber ale with chocolate and chilies that won Bronze at both Chicago's Festival of Barrel-Aged Beers and Best of Craft Beer Awards and Passionfruit Sour a berliner-weisse style beer that earned a Bronze at the 2013 GABF.
Breakside Beers are available on draft and in 22oz bottles in Oregon, Seattle-Washington area, Denver, Hawaii and British Columbia. 2015 expansion plans include introducing 6-packs of 12oz bottles and more specialty bottles and sour beers.