Drink Organic, Save The Planet 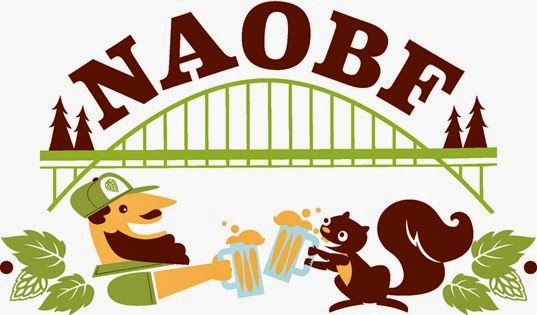 PORTLAND, ORE – More than 15,000 beer lovers, music fans and supporters of sustainable living will come together at the North American Organic Brewers Festival (NAOBF) the last weekend of June to “Drink Organic, Save the Planet, One Beer at a Time.” The 10th annual event will take place June 26 through June 29 at Overlook Park in North Portland. Event hours are Noon to 9pm Thursday through Saturday and Noon to 5pm Sunday.

Admission into the event is free. The purchase of a $6 reusable, compostable cornstarch cup is required for tasting beer, as are tokens, which sell for $1 apiece. A full cup of beer or cider costs four tokens and a four-ounce taste costs one token; select beers cost extra tokens.

Designed to raise awareness about organic beer and sustainable living, the NAOBF typically serves up more than 50 organic beers and ciders from nearly 40 different breweries. Most of the breweries brew an organic beer specifically for the event. Styles run the gamut from goldens to porters, with a bit of everything in-between. There's also live local music, organic food and sustainability-oriented vendors and non-profits. The NAOBF is a family friendly event, and minors are welcome with parents. The Chipotle Kids’ Zone will offer free activity books, grow pots and Chipotle kids’ meal cards, plus face painting and a root beer garden with complimentary


The NAOBF encourages responsible drinking and urges patrons to take advantage of the Tri-Met MAX Light Rail; the Yellow Line “Overlook Park” Station stops directly across from the festival. Attendees can also take advantage of the Hopworks Bike Corral, where volunteers from Rotary Club of Portland–Westside’s Cycling 2 Serve Fellowship will watch over bikes for free (donations will benefit Rotary International’s “End Polio Now” efforts to eradicate polio worldwide). Patrons receive a $1 discount toward the tasting glass with a validated Tri-Met ticket or a ticket from the Hopworks Bike Corral (one discount per person).
The NAOBF is known as the most earth-friendly beer festival on the planet. Festival attendees sample beer from reusable and compostable cornstarch cups made from domestically grown corn by a zero-waste, solar-powered company. Electricity needs are met with biodiesel generators. Volunteers receive organic cotton t-shirts (returning volunteers can wear past T shirts and get extra tokens instead). Food vendors are required to use compostable cutlery and plates and employ sustainable practices, and onsite composting and recycling stations are provided for festival waste and are supervised by recycling czars. Last year’s event recycled and composted 92% of the total waste, marking the second year in a row that more than 90% of the event’s waste was diverted from the landfill.

Why an organic beer festival?  Studies show that the world's population currently consumes 30% more natural resources than the Earth's ecosystems can replenish. According to the Environmental Protection Agency, commercial agriculture is accountable for 70% of the pollution in our country's rivers and streams. Genetically modified ingredients can be found in nearly every grocery store. The NAOBF believes that education and exposure lead to awareness, and awareness can translate to passion. If everyone becomes passionate about sustainability, as a whole we can make the planet a cleaner and healthier place for all of us to inhabit. For more information visit naobf.org.
Posted by Adam Duerfeldt at 9:08 PM