Lompoc Brewing Hosts Black Out Beer Fest on Feb.21
Come to the dark side and enjoy 15 dark beers from 10 area craft breweries 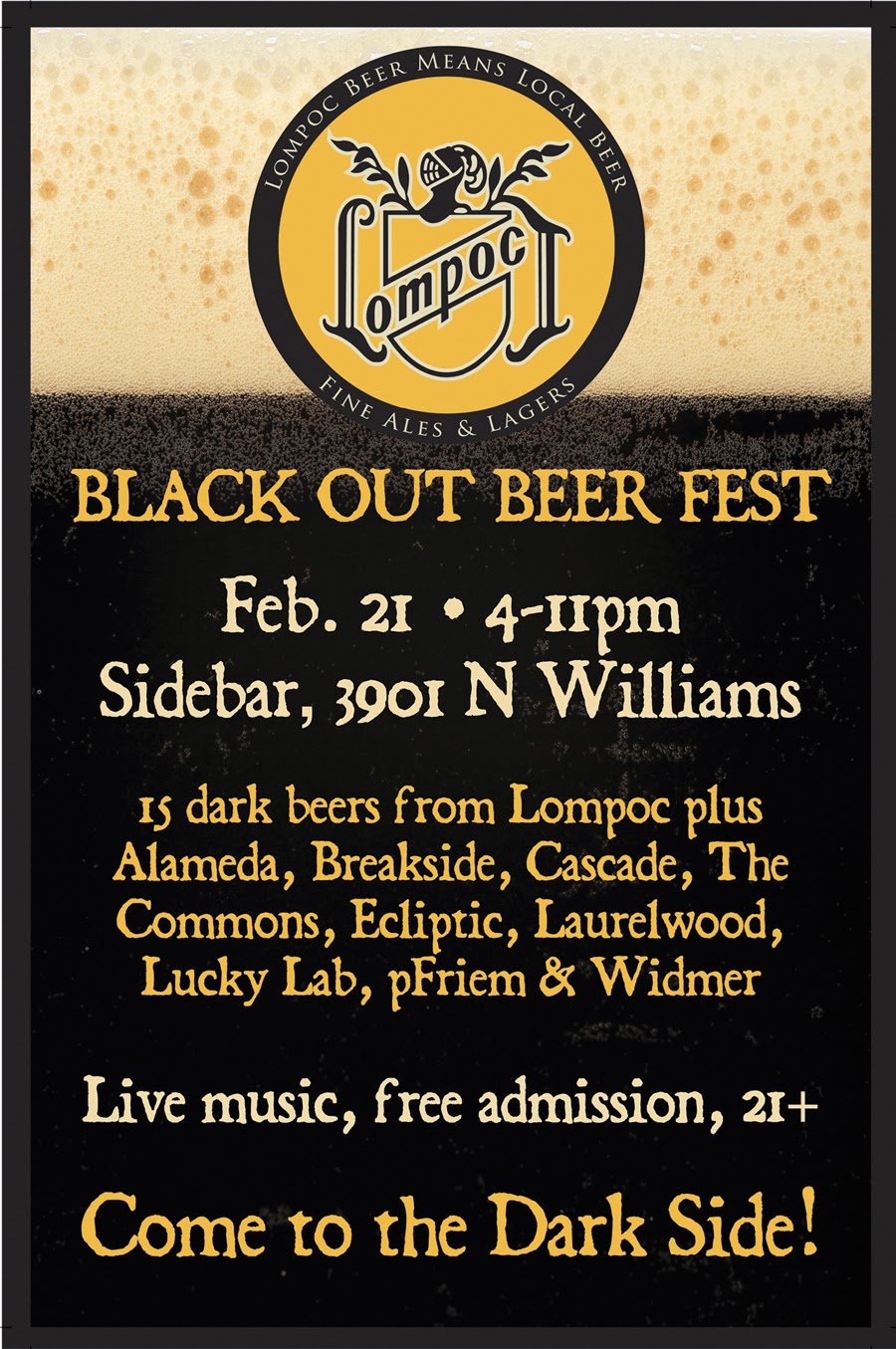 Tasting packages are required to drink the beers and cost $15, which includes a souvenir 15.5 oz glass tasting mug and 10 beer tickets. Additional tickets are available for $1 apiece. It costs four tickets for a full mug or $1 for a taste. Mug and ticket sales take place in Sidebar; the beers will be located in Sidebar, the brewery bar and the tented and heated parking lot. Live music will be provided by Leslie Lou and the Lowburners. The event is for ages 21+. 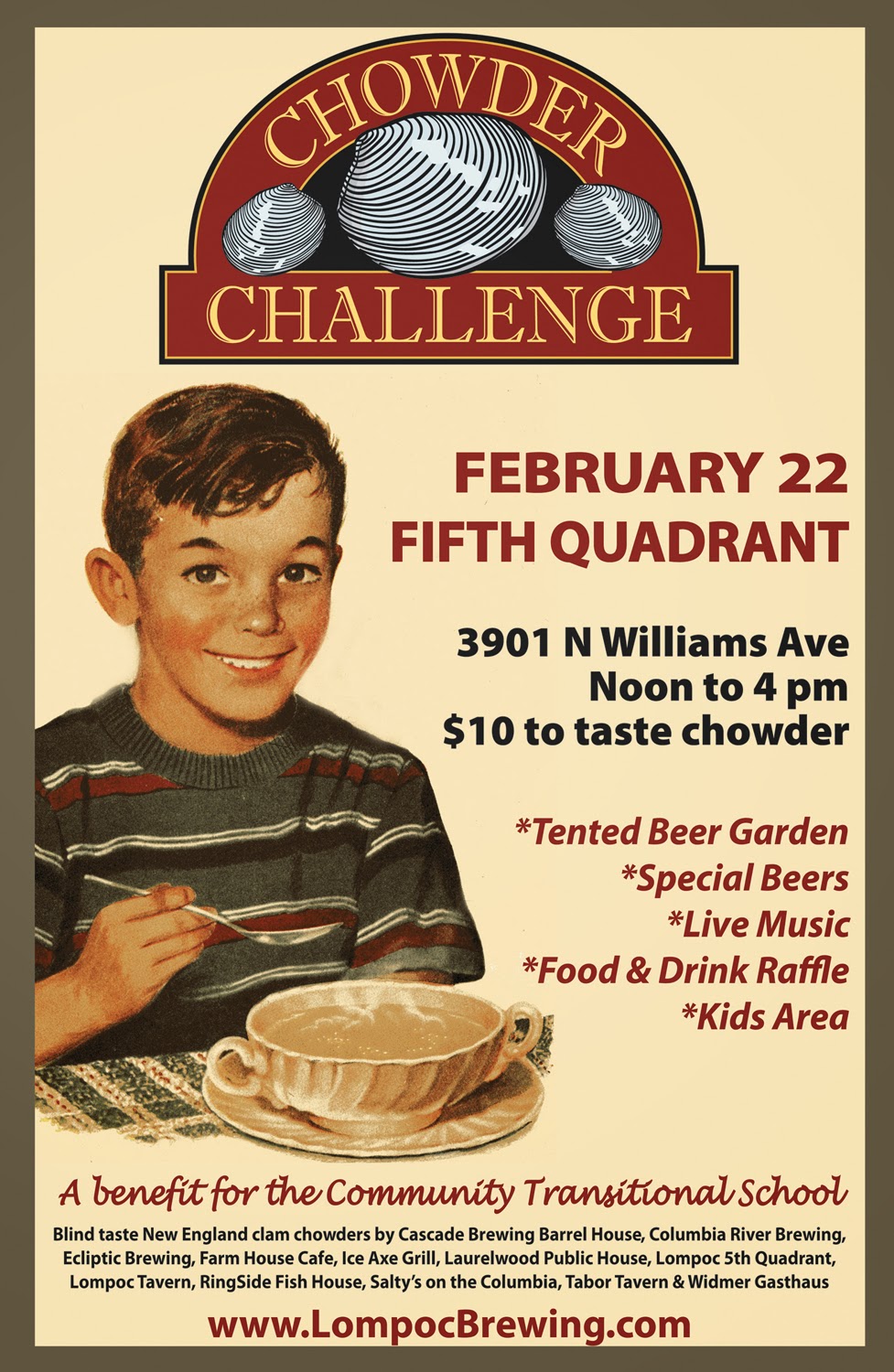 PORTLAND, Ore. – Who serves the best clam chowder in the city? A dozen local brewpubs and restaurants will vie for the coveted Chowder Cup at the 8th annual Chowder Challenge on Saturday, February 22 from Noon to 4 pm. The blind tasting competition will take place at Lompoc’s Fifth Quadrant, located at 3901 N Williams Ave.

Two-ounce samples of traditional New England-style clam chowders from each of the participants are served in non-labeled tasting cups. After tasting all entries, attendees vote for their favorite. The chowder receiving the most votes is named the People's Choice Winner and takes home the coveted Chowder Cup; awards are also given for second and third place.

There is no charge to attend the event. To taste the chowders, attendees ages 12 and over purchase sample trays for $10. All of the money raised will be donated to Portland’s Community Transitional School, which provides important educational services to children who are homeless or otherwise at risk of school failure.

The festivities also feature live music by Leslie Lou and the Lowburners, a beer garden, a kids area, a raffle with prizes from the participants, and pub food for purchase. Minors are welcome at the family friendly event.

Posted by Adam Duerfeldt at 8:45 PM