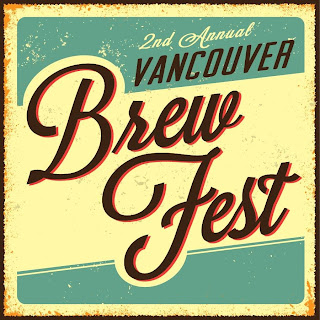 Last Friday my wife and I attended the 2nd annual Vancouver Brew Fest in Esther Short Park.  This was our first time attending.

I usually never make it to the downtown Vancouver area.   But I noticed it's really starting to change with new businesses moving in and revitalizing the downtown area....such as Mt Tabor brewing and Loowit Brewing, both of which were pouring beers at the brew fest.
Esther Short Park was a nice venue for this smaller brew fest. The park was set up with a big music stage in the back which was flanked by 5 tents, each serving beers from a few different breweries, several food booths, and various other vendors.  This was not a free-to-get-in brew fest; entry cost $21. For the $21 you got a taster mug and 8 tokens, but since it was a benfit for 4 local charities, at least you got a good feeling for paying the $21 to get in. We also paid in advance online and for that you got a glass taster mug, which was really nice......it looked like most people must have missed the notice about the online pay feature as most people I saw had the plastic mugs....tough luck for them! 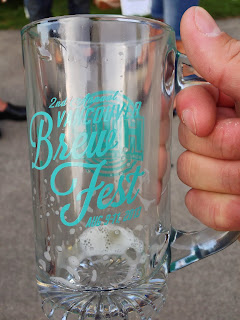 The brewery selection was pretty good. You had a bunch of the local breweries such as Mill City Brew Werks, Heathen Brewing, West Highland Brewing, Mt Tabor Brewing, Loowit Brewing, Ghost Runners Brewing and Beerded Brothers Brewing.  A couple of other breweries of interest that you don't see much of were Laht Neppur Brewing from Waitsburg, WA and Westport Brewing  from Westport,WA.  The rest were a mix of big breweries, little breweries, and 2 cider co's. See the brewery list here. They also had a couple wineries on hand, which was nice, as even my wife gets tired of beer, so she sampled some wines in between the beer. 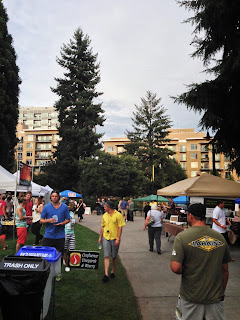 I tasted 11 beers, and had some duds from the newer breweries and had some good beers as well. I honestly can't say much about the beers as I've had almost all the beers that I tasted; this wasn't the type of brew fest where they were bringing in special beers for the event. They were all standard beers in the breweries linup. I did try the Westport Brewing Cohasset Cream Ale for the first time and it was good. I also tried two beers from two of the newer nano breweries located here in Vancouver and they were, in my opinion, the duds of the evening. Hopefully as they get some more experience under their belts the beer will get better. They also had an official beer of the brew fest from Heathen Brewing called Citrus Satisfaction, it was ok, but I liked their Trancend IPA that they were pouring better.  My wife and I made quick work of the brew fest as we had to go back to parent duty later in the evening. I had a good time, my friends that were down as well had a good time. I think I will probably be back again next year. 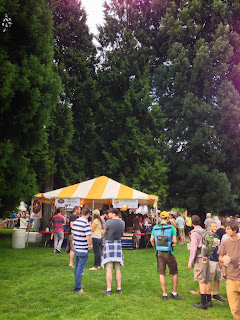 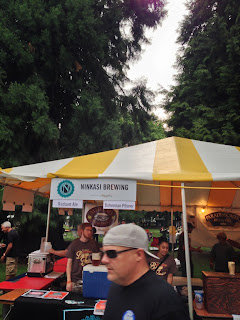 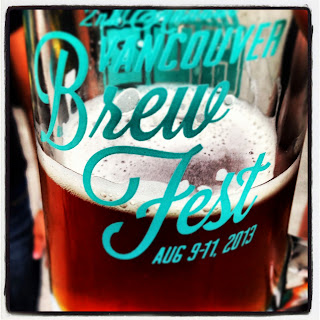 Posted by Adam Duerfeldt at 9:16 PM