So a while back the family and I went out to Hood River and hit one of my favorite breweries/pubs...Double Mountain. If you haven't been yet you really need to get over to Hood River and check it out. Double Mountain has taken over the space next door so there's much more room now for eating and drinking.  This makes the experience better as they used to have pretty long wait times to get in. We walked right in and got a table and ordered a pint of the Dapper Dan Nitro Ale with an ABV was only 3.5%...really great beer and it was pretty early in the day so the low ABV was great. Emily had her favorite, the seasonal Devil's Kriek 2012, which she gets every time we go to the pub (if it's on tap.)  Now besides the awesome beer I think that Double Mountain puts out the best pizza anywhere- seriously it's awesome.  It always has this great char from being cooked at 650/700 degrees, its thin crust is always light chewy, simple ingredients, always fresh...the BEST! We ordered up to pizzas: one pepperoni for the kids and one of the seasonals for us, heirloom tomato, which was amazing. 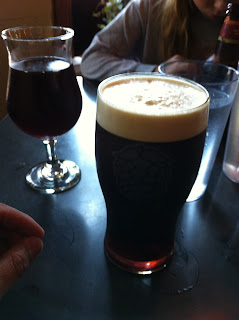 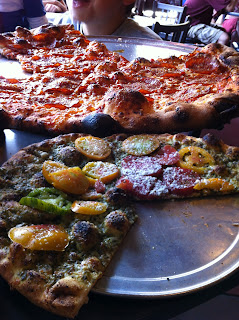 Also on the way out I picked up a case of their newly bottled 16oz beers, Kolsch, IRA, Vaporizer, and Hop Lava. Its nice to now have Double Mountain beers in my beer fridge. doublemountainbrewery.com 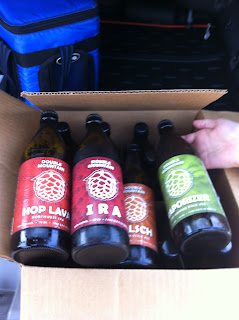 Stop number 2 for the day was out to the Hood River Fruit loop. We stopped in at one of the local farms and picked up some fruit and the kids ran around in a hay maze, another one of those great things to do with the family. www.hoodriverfruitloop.com

Stop number #3 was at the newly opened Pfreim Brewing which is right on the waterfront on the Columbia River. Since I had the family with me what made this stop really nice is that there is a huge park right across the street with stuff for the kids to play on and a sandy beach for playing/swimming in the water. So we let the kids go over and play while I tasted the beer.
Most of the styles that they had on at the current time were Belgian-inspired beers which looks to be the type of beers they will be focusing on, but they had a couple of NW styles as well. I had the taster tray that had 6 tasters in a wood taster box which was a neat way to present the beers. The 6 beers were the Wit, Belgian Strong, Blond IPA, IPA, Belgian Strong Dark, and Belgian IPA. All the beers were really good, the space is small but nice and clean with the brewery in the back and open for view and they do have food but I was in a hurry so didn't order any food. It was really busy so if you get a chance to check it out don't be surprised that you might have to wait. I will definitely visit Pfreim again soon and stay a bit longer. pfriembeer.com 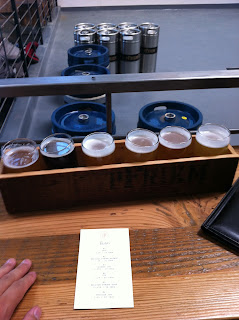 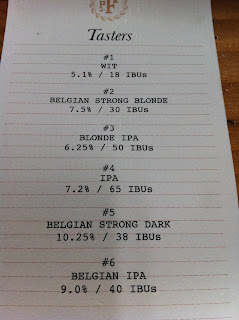 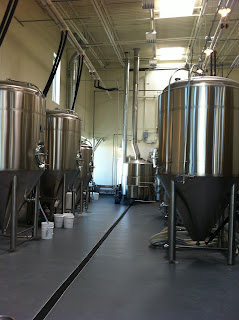 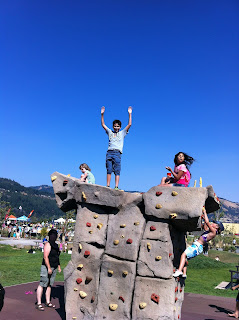 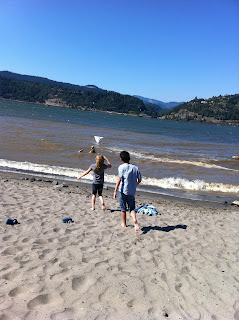 Posted by Adam Duerfeldt at 8:37 PM